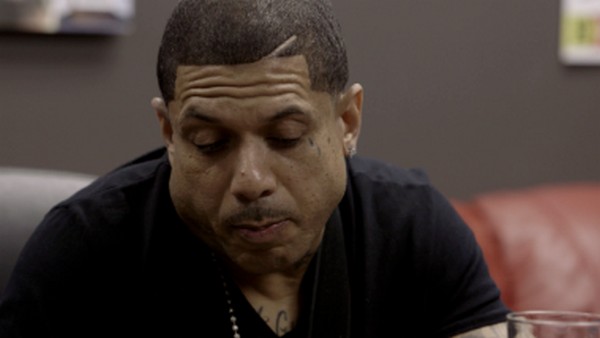 Tonight on VH1 LOVE & HIP HOP ATLANTA airs with a brand new episode called, “Life Happens.” On tonight’s show Mimi scores a spot on the cover of Stevie’s magazine thanks to her new found fame, to Joseline’s chagrin.

On last week’s episode Mimi’s sex tape finally released; Kirk threw his apology party, but things didn’t go to plan and the party ended up being a disaster. In the meantime Karlie decided it was time to face Althea. Did you watch the last episode? If you missed it we have a full and detailed recap, right here for you.

On tonight’s episode, Mimi scores a spot on the cover of Stevie’s magazine thanks to her new found fame, to Joseline’s chagrin. Meanwhile, Kalenna and Tony make a stunning discovery, and Bambi receives an interesting proposition from Scrappy.

On tonight’s episode the drama surrounding Mimi and Nikko’s sex tape continues. It was just released and he is thrilled that it has gone viral. She pretends to be upset about the tape being stolen but no one watching this buys that anymore. By now it’s obvious that it was professionally done with a cameraman. Mimi’s fake mortification is starting to get old and even her closest friends aren’t buying it. In another short scene we learn while Rasheeda and Kaleena are in the studio that Kaleena is pregnant and none to thrilled. During her first pregnancy her husband Tony cheated.

Joseline has returned from NY and is still avoiding Stevie. He shows up at the gym still insisting that he never hooked up with Althea. She believes none of it and tears off in her car. Benzino takes a business meeting with Stevie and he wants to put Mimi on the cover of Hip Hop Weekly. Zino is trying to get him to separate business from emotions. Stevie actually has a conscious and says all money isn’t good money.

Scrappy has decided he wants Bambi back and rather than resorting to his usual antics he takes her to a waterfall in the middle of the woods, not to propose exactly. Instead he gives her a rock as a symbol of his love and devotion. Bam thanks him while looking pretty confused. Zino calls Mimi in for a meeting and she wants ten grand to willingly appear on the cover. He tells her that she is going on the cover whether she agrees or not. Mimi stomps out telling Zino to talk to her lawyer.

Erica finally decides to talk to Mimi about that video but the timing couldn’t be worse. Mimi’s father just stroked out and she is headed out of town to be with him. It almost seems like Mimi is gunning for sympathy ion order to not have to discuss her deception with Erica.

Kaleena and Tony find out that there is mold in their studio and home which makes her nervous about her pregnancy. She finally tells Tony and his reaction is pretty positive. He insists that they will uproot themselves to find a safe location. Awhile back Scrappy told Mama Dukes that if she left his love life alone then he would buy her a scooter. She shows up at dinner ready to collect and instead finds out that he gave Bam a ring without her permission. Of course Mama D freaks out.

Mimi returns from NYC and decides to sit all the girls down to discuss her tape. She insists that Vivid mixed up the video and made it look professional. The ladies aren’t buying it but try to not judge her. Arianne makes it clear that she hates Nikko and believes that he should protect heShe is freaking out and Stevie insists that he had no idea that Zino was putting Mimi on the cover without confirming it with him. Tune in next week for more Love & Hip Hop Atlanta!