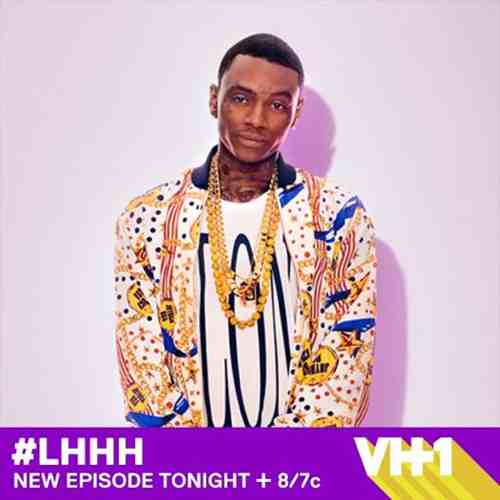 On the last episode, after their tattoo parlor argument, Hazel popped up at Teairra Mari’s studio session to talk about what happened. Things got crazy again and the two ended up being back to square one. Did you watch the last episode? If you missed it, we have a full and detailed recap right here for you.

On tonight’s episode, after telling Hazel he won’t be bringing a date to the ASCAP Awards, Hazel and Masika spot him with a date. When Hazel calls Berg out on, he defends his actions saying his date is just a friend. Hazel’s heard about enough and is sick of being mistreated by someone who can’t commit to her so she goes out with a splash!

The boys get together at Next Level Sports Complex to play basketball and wind down.
Fizz talks about how we is considering getting a place with Amanda to complete his family, and Omarion talks about his baby which is on the way. Soulja Boy wants Nia and her daughter to move in with him, but after their recent issues at the birthday party, he’s going to chill on that for a while. As the relationship has been getting more serious, she’s been paying more attention to his behavior.

Nikki meets up with her mom and shows her the ring, which Mally gave to her as a kind of promise ring that he will behave better in the relationship. “You can’t help who you love, and our … romance is back on track,” she says.

Her mom mentions his issues with other girls, she shows her mother an Instagram picture he had posted with another girl right after they last broke up.  But, “he swore to me that it’s done with, it’s over and done, the end,” she says. However, she still has doubts because of the story he told her, which seemed to downplay what really occurred. “He did it once, he’ll do it again, so you better think twice,” her mother says.

Hazel and Yung Berg meet up and they talk about Teairra’s drunken behavior. She talks about how with the alcohol, her issues with Ray J and the issues with her career, it causes Teairra to act out around Hazel, which she can’t handle.

Hazel is remaining positive, enjoying her positive outlook, new apartment and relationship. That is, until Yung Berg tells her still doesn’t want to be in a relationship.

He says he doesn’t know why they would do that, and that she knew what she was getting into and how he is. He tells her that she needs to slow down, he doesn’t need the extra pressure and he is not going to change his stance on the issue anytime soon. “One day, he’s gonna wake up and realize what a good thing he has here,” she says. “Obviously, today is not the day.”

Amanda and Fizz go on a date and he tells her that he wants to move in. At first, she’s a little shocked. “I love Drew, but moving in together and being Cam’s stepmom is a huge step,” she says. Fizz talks about her previous infidelity. He says that moving in can help him to gain trust in her and progress the relationship. Amanda says that the request is a lot, and Fizz says that if it’s a lot, maybe it’s not the right move.

Morgan invites Teairra over to resolve their issues. Teairra apologizes as soon as she arrives. Since Morgan’s boss and Teairra broke up, they haven’t been able to make up. Teairra explains that she hit him because she saw him at the Ray J party with another woman, but Morgan explains to her that she needs to practice restraint and can’t be hitting people.

Masika comes now, and they ask her about the woman in the Instagram photos with Mally. She explains that she was told Hazel was an ex-girlfriend who wanted to get back together with him, and she did not appreciate anyone trying to come at her. She repeats that, according to Mally, he is 100% single. Morgan wants to get them together so it’s resolved, but Masika warns her that she doesn’t fight, she will if she has to.

Omarion keeps hoping his mom and Apryl can get along, especially with the baby coming, so he meets with his mom to talk about it. He brings up the last time they came to the house and there were issues. He explains that it hurt her feelings, and she says that she didn’t mean to hurt her feelings, but she didn’t like where Apryl was coming from. Omarion talks about how she can come off harsh. She explains that with her seizures and needing help, she has been more urgent. “It kills me that I have to ask my child to help me,” she says. “If I could fix the situation, I could.”

She agrees not to be over the top or incite any drama, but says if she sees something that doesn’t rub her the right way, she will have to say something.

Yung Berg ends up bringing a girl to the ASCAP Awards show. Hazel shows up thinking she’ll show him he should want her on his arm. When she sees him and the girl, she confronts them about how he “lied” that he wouldn’t bring anyone to the award show, calling him “wack.” Smirking, he tightens his grip on the girl, so Hazel spits in his face and storms off, crying. “Hazel’s clearly tripping,” Yung Berg says. He talks about how he has been straightforward with him about what he’s going to do.

Apryl’s baby shower begins with the hope that it will be peaceful. As soon as Omarion’s mother arrives, Apryl is concerned.
“I already know, she ain’t having a good day,” Apryl says. “Honestly, I don’t think that you’re ready for this,” Omarion’s mom tells Apryl. She talks about how having a baby requires sacrifice, and how she doesn’t think Apryl is the type to sacrifice that much, about how she and Omarion have been fighting. Omarion immediately confronts them both at trying to cause a scene at the shower. Apryl begrudgingly agrees and storms off.

Soulja Boy is trying to show Nia that he’s responsible by baby-proofing the house. She definitely appreciates the gesture, but tells him he has to choose between having a family or hanging with his crew. She talks about her dad, who was on tour and had 9 kids with 6 different women overall. “I believe everything you say,” she says. “For now, I believe you.” She’s afraid he will mess up on the road like he has in the past.

Morgan invites Nikki, Teairra and Masika over for a spa date as planned so that the issues between Masika and Nikki can be resolved. “I’ve been with him a year and a half… so I don’t know if you understand the severity of our relationship,” Nikki says. Masika tells Nikki that according to her phone, he is her man. Nikki says that she saw the images and thought of her as a homewrecker. Masika says that he in fact uploaded the photos, tagged himself and captioned them, and despite

Morgan having been there and now confirming this fact, Nikki says that she’d love to believe her, but her loyalty is to Mally. She and Masika get into a screaming match, which Morgan has to break up. “This is all just a misunderstanding,” Morgan says, explaining to Nikki that no one was trying to come for her. Masika gets pushed over the edge, throwing her drink on Nikki. Nikki leaves.