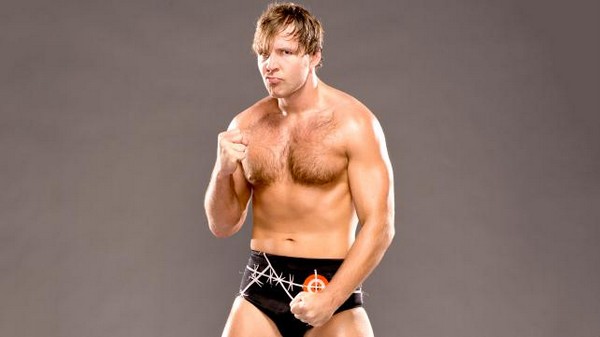 Lunatic Fringe Dean Ambrose has taken much of the IWC (Internet Wrestling Community) by storm over the past year or so and with good reason. The guy is a flat out superstar on every level. Although he has certainly proved that he belongs in the WWE, that is a far cry from proving himself main event status worthy. Some out there think that Ambrose should be at the top of the card already, while others feel he may never get there. This polarity among fans has made it clear that he will be someone of interest at a minimum for years to come.

Here are five reasons Dean Ambrose will make the main event card and stay there:

Dean Ambrose has the perfect gimmick –  Ambrose has no real gimmick other than being nuts and it seems to fit him perfectly. The bad guy/crazy gimmick worked quite well for Stone Cold and it could do the same for Ambrose if they work it right. Ambrose has the ultimate gimmick for himself…one that reflects his own image. He is a bit nuts.

Dean Ambrose has incredible in ring talent –  To be in the main event you have to either be loaded with charisma, or loaded with in ring abilities. Ambrose has both. That rare combination of the two is only found every so often and Ambrose has shown that he is capable.

Dean Ambrose has that awesome finisher that can be hit quickly –  Think about the main event superstars over the past several years. They all had quick strike finishing moves that could excite the crowd in no time flat. Stone Cold has the stunner, Randy Orton has the RKO, Sheamus has the Brogue Kick….Ambrose has the Dirty Deeds.

Dean Ambrose can cut an awesome promo –  You have to be able to talk the talk if you have no manager in the WWE and Ambrose is among the best young superstars on the mic. When he cuts a promo you can feel the tension in the air and for a moment you can suspend reality. That is the key to a great promo after all. Ambrose will only get better as he talks his way through the WWE.

Dean Ambrose can tell a story in the ring –  This is one ability that often gets lost in the crowd. Ambrose is a master story teller between the ropes. When he goes into a match, the crowd can follow the story without him saying a word. When you have a feud that has been going on for months like the one with Seth Rollins, the ability to tell a story is absolutely vital. Ambrose is as good as it gets at this often overlooked ability.

All of these traits add up to a very good chance for Ambrose to reach the main event. The hardest part will be finding a good spot to insert him. With Roman Reigns on the rise and Brock Lesnar hanging around, he might be blocked for a bit. Sooner or later, the rise of Ambrose will come.