The Rock vs Brock Lesnar – WWE Championship Match – Will it Happen? 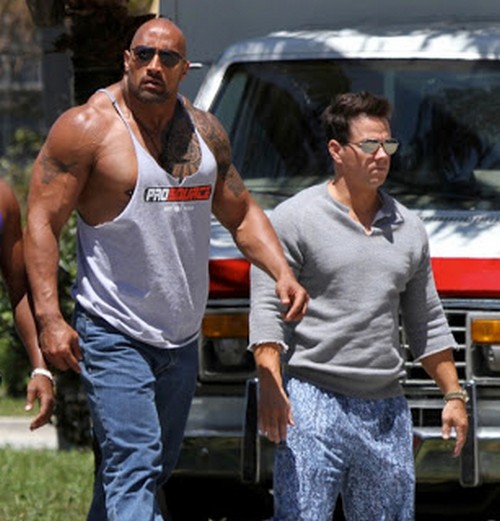 When Brock Lesnar beat down John Cena decisively at SummerSlam 2014, it became readily apparent that he was going to be more active in WWE circles. The part time nature of his contract with WWE was always thought to be a roadblock to Lesnar carrying the WWE World Heavyweight Championship in the past, but that has seemingly changed. With the belt firmly around his waist, he is in a position now to put up or shut up. If he is going to be around, the WWE is better off for it. Having a beast like Lesnar as the champ helps the company to develop what they sorely need….more babyface opponents.

With that said, who is next? Who will step up to the plate and take on the Beast incarnate, Brock Lesnar?

Here are five possibilities that WWE should consider:

Roman Reigns – Reigns is the first choice among WWE fans right now but it is premature. If they try to bring in Reins against Lesnar this quickly, it will fail. Reigns is still far too green to carry the strap and having him work a program and lose to Lesnar will only hamper his progress forward. It is a lose/lose for the company.

John Cena – Naturally Cena is going to want rematch but I think that will be down the road a bit. It is hard to know for sure because they are saying Cena is “hurt” from the match with Lesnar. After watching the SummerSlam match, I can believe that.

Daniel Bryan – Bryan is the number one option but they seem to be aiming at WrestleMania as a possible championship bout. This is determined by a number of factors though. One, can Daniel Bryan get well in time for a match with the Beast? Nobody knows. Two, will the next guy on the list commit to a program?

The Rock – The Beast versus The Rock is the next big thing on the horizon if WWE decides to go that route and The Rock takes the gig. This would make the most sense. For one, it would allow the WWE to slow build towards WrestleMania even with Brock’s part time appearances. The Rock would be a viable contender that could believably defeat Lesnar too.

The Big Show – Big Show has been rumored to be getting one last run in the WWE and a collision between these two would be awesome. It is a long shot, but would be a great choice for WWE viewers. Who better to handle the Beast than the Big Show?