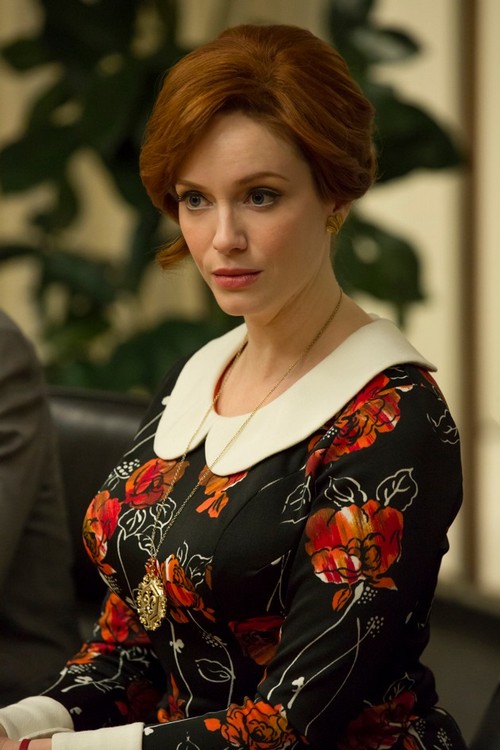 Tonight on Mad Men it’s an all-new episode called, “Field Trip,” Don takes a trip, Betty has lunch with a friend, Harry lobbies and the partners start to consider a questionable asset.

On last week’s episode Peggy received a bouquet of flowers from someone anonymous at the office, or so she thought so. Pete explored the politics of new business and Joan was put into an uncomfortable situation.  Did you watch last week’s episode?  If you missed, we recapped it right here for you.

On tonight’s episode Don takes an impromptu trip; Betty has lunch with a friend; Harry lobbies for a cause; the partners consider a questionable asset.

We will be blogging Mad Men Season 7 Episode 3 at 10PM EST . . . so make sure to come back to this spot and watch the show with us. Make sure to refresh often so you get the most current info! While you wait for the episode you can catch a sneak peek of tonight’s episode BELOW!

Tonight’s episode of Mad Men kicks off with Don smoking a cigarette and sitting in a movie theater alone.

He heads home and calls his office and tells his assistant Dawn he needs ribbon for his typewriter, a ream of paper, and an airmail envelope. She says she will have someone bring them over, she is working on a shoot for Mountain Dew. He’s upset because he wanted her to come herself.

Don wants Dawn to make call for him and she says she is “swamped” and asks him to hold. Don hangs up on her and makes the call himself to Al. Al isn’t happy with Megan because after a casting call she proceeded to stalk the director and crashed his lunch and demanded another reading. Al says he needs Don to tell Megan to relax, since he is the closest thing to a manager.

Don boards an airplane and tells the stewardess Trisha he is flying home to see his wife, she jokes about how much she “hates that woman.”

Peggy is trying to pitch an ad campaign for Mustang, and growing increasingly frustrated.

Betty is having lunch with a friend who has just started her own travel agency. Her friend brags about how much she enjoys working in an office, and says that now that her kids were grown she really needed a challenge. Betty thinks that she must just be “old fashioned” because not being a stay at home mother doesn’t sound appealing to her.

Harry meets with the partners and fills them in on Gray Media and the database that is being developed to integrate local and national information.

Betty arrives at home and the nanny is helping Bobby with his homework. She offers to chaperone his upcoming field-trip but Betty apparently has a sudden desire to be a hands-on parent and announces she will be attending the field-trip.

Megan arrives at home, and finds Don waiting for her. She is shocked to see him and they head straight to bed. After having sex he gives her a pep-talk about her casting calls. He says that Al called him and she needs to stop “acting like a lunatic.” Megan is furious and says that she should have known he didn’t show up because he missed her. She begins screaming at him and asking him why he is never at work and “who is new girl is.” He confesses to her that they put him on leave, but he is still getting paid. She is shocked that he has been hiding this for nearly a year, and he didn’t want to tell her until he had a “chance to fix it.” Megan doesn’t want to hear his explanations, and tells him “call a cab, get on a plane, and go home.” She says “this is the way it ends,” and reassures Don that from now on everything is going to be easier.

Don calls Dave and sets up a business dinner. He meets Dave later at the restaurant and Dave passes him an envelope. A woman interrupts and says she “believes they know each other,” she introduces herself as Emily Arnett. Dave invites her to join them but she declines, she says she is staying on the “top floor by the elevator” and walks off. Don seems genuinely confused about who she is.

Later Don pays Roger a visit and asks him how he “sleeps at night.” He shows Roger the offer he received. Roger tells him is he “wants to come back then come back,” and says he misses him, he advises him to come in to the office on Monday.

Don heads home and calls Megan, who is still sobbing over their break-up. He tells her that he is sorry for lying to her and he “wants everything to be okay.” He reveals to her that he is going back to the agency, and he is trying to fix it. He didn’t want her to view him as a failure. Megan begins crying again and begs him to “quit pushing her away.” Don offers to fly back out for the weekend but she says it’s not a good idea.

On Monday Don heads into the office, the first person he sees is Lou, and he shakes his hand and tells him he is “ready to get back to work.” Roger’s secretary reveals that he isn’t even in yet, and Don is confused because they were supposed to have a meeting. Michael stops Don and invites him into his cubicle to look over his storyboards. Stan comes by and says hello as well, and Dawn is just as shocked to see Don. Apparently Roger didn’t tell anyone that he was coming back to work.

Betty is making a friend on the field-trip. She and another Mom are bonding over cigarettes and making fun of the farmer’s daughter that is showing the kids around the farm.

Don is still getting reacquainted with all of his former co-workers, who are all equally shocked to see him at the office. Joan runs upstairs and tells Bertram that Don is at the office and Bertram is confused because he “isn’t supposed to be here.”

Roger finally arrives and Don tells him to “call a damn meeting.” He is annoyed that Roger is late and didn’t bother to tell anyone that he told him to come back. Roger says he has to ask Joan and disappears. Meanwhile Lou is freaking out, and clearly concerned that he is about to lose his job.

Roger joins Joan and Bertram behind closed doors and reveals that Don came to him and him he was “ready to come back.” Joan says there was a reason they put him on leave of absence, to preserve his dignity while he looked for other employment-not so he could report. Roger reminds him that if they fire him they lose their non-complete and have to buy out his stake in the company since he is a partner.

Peggy approaches Don and asks him if he really coming back, he says he’s “not so sure.” Peggy scoffs that they don’t miss him.

Henry arrives at home and Bobby is sulking at the dinner table, he and his Mom got in a fight on the field-trip when he traded her sandwich for some candy. Later Betty tells Henry that Bobby doesn’t love her.

The partners come to a decision and tell Don that he can return under strict terms, he can’t be alone with clients, he has to “stick to the script, he is reporting to Lou, and no drinking in the office.”  Don accepts their terms and will be officially returning to the office.