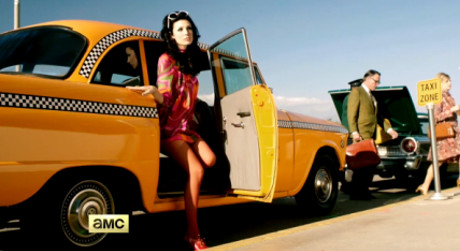 Mad Men will be returning this coming April for its seventh — and last! — season. The journey with these flashy ad executives has been a roller coaster and countless fans will undoubtedly shed tears as they bid farewell to their beloved characters. This upcoming season will be split into two parts, as is becoming the popular thing to do with popular shows nowadays. The first half will consist of seven hot episodes (and probably a juicy cliffhanger), with the second half comprised of the seven final installments.

Yikes! We can’t wait to watch this amazeballs show conclude. For those who don’t know what Mad Men is all about, well, you have A LOT of catching up to do!

The series revolves around the conflicted world of Don Draper (Hamm), the biggest ad man (and ladies man) in the business, and his colleagues at the Sterling Cooper Draper Pryce Advertising Agency. As Don makes the plays in the boardroom and the bedroom, he struggles to stay a step ahead of the rapidly changing times and the young executives nipping at his heels. The series also depicts authentically the roles of men and women in this era while exploring the true human nature beneath the guise of 1960s traditional family values.

Basically, this show is ALL OF THE THINGS. And we love it. So check out the Mad Men season 7 sneak peek preview below and let us know what you’re looking most forward to this season!