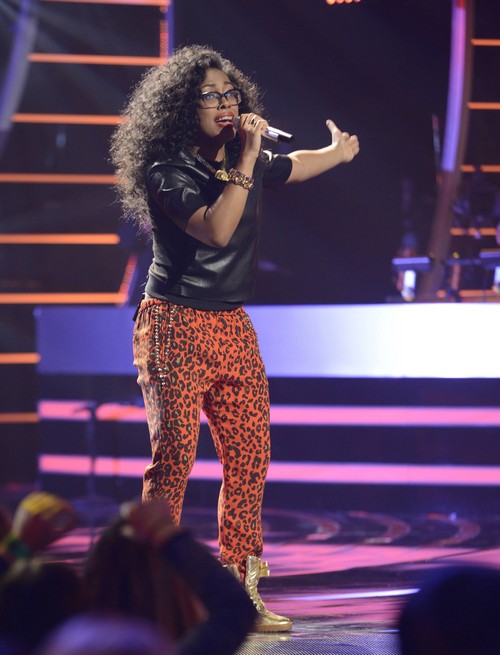 Tonight on AMERICAN IDOL the Top 12 finalists performed songs perform songs that spoke to their “Home.” For her song MALAYA WATSON sang, “Take Me To The King” by Tamela Mann.  Just in case you missed tonight’s show we have you covered and you can read our full and detailed recap here!

Judges comments on tonight’s performance: Keith –“I don’t know that song, it’s a beautiful song, what a great choice.  I loved that you started on the piano, and the completely insane range that you have.  Great song Malaya.”  Jennifer- “ I just was with you the entire time, I had tears in my eyes and gooseys from head to toe.  I’m so proud of you.”  Harry – “It was gutsy to change the familiarity of a pop song to a gospel song.  I’m very proud of you, because you didn’t get off the rails.  You started from Point A and you seen it all the way through.”

Malaya Watson – Take Me To The King – American… by IdolxMuzic