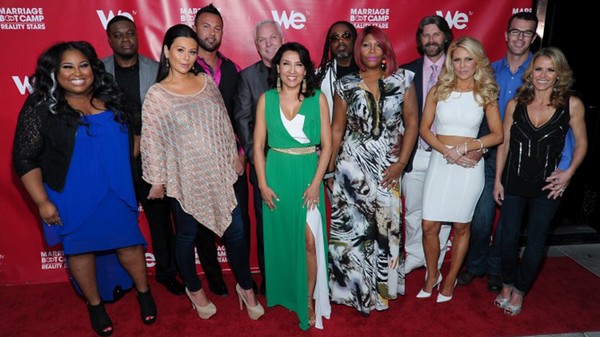 On the last episode it was all about their character flaws and their bad traits. The stars had to speak out about when they were a victim or injustice happened to them. Secrets and lies were revealed and there was plenty of drama between the couples. Did you watch the last episode?  If you missed it we have a full and detailed recap, right here for you.

On tonight’s episode things are changing now that the boot campers will have to go out on dates, but this time they’ll be trading spouses. Things start to get intense between JWoww and Roger, when he finds out that she didn’t listen to him.

RECAP: Roger wasted his time by going to the Marriage Boot Camp. Over and over again Jenni has shown she loves the limelight more than she does him and last week has Roger shutting down.

Roger knows Jenni isn’t taking this boot camp seriously. And if being there won’t help their relationship then he wants to go. The bottom line is that Roger isn’t like Jenni. He didn’t come to the show just to be shown on TV – he honestly thought by entering counseling Jenni would for the first time put him before her career and yet that never happened.

Roger left his one on one session with Jenni and the directors. Because he was so mad – he went directly to their room to start packing. Jenni followed him but he didn’t want to hear what she had to say. So Jim stepped in to make them at best hear each other out.

In the morning, the directors decided to take a drastic step with the celebrities. They got Roger to stay last night and to get him to stay for the rest of the day they think he needs to tell Jenni what he wants from her. And that ends up being everyone’s exercise.

The directors brought the couples down to the Boot Camp room and asked them to tell their partners what they want from each other. Quick and honest was what they were shooting for and brutal was how it turned out for Clive and Tanisha.

Clive and Tanisha have been together for roughly 8 years and their relationship only went downhill after she became involved with television. She asked him to take more control in their relationship and he told her that she needed to give him a chance. It seems there’s never any time for him or for them to be together as friends if not a couple.

Tanisha denies that yet she also can’t tell him what he’s supposed to feel. Then in an instant of anger she told him she hasn’t been in love with him for the longest time.

After their moment of truth, the directors informed everyone that they’ll be going on Date Night with someone else. Gretchen was paired with Kevin, Jenni with Slade, Tracey will be having fun with Clive, Trista was going to do yoga with Roger, and Ryan was left with Tanisha. However a spanner was thrown in the works courtesy of Gretchen’s other plans.

Gretchen had promised a charity that she was going to do an event for them and so she wants to meet that commitment and she’s angry at Slade because he wants her to go without him. Gretchen had said she wanted Slade to be independent but she doesn’t want his independence to interfere with her plans. Though she’s not picking up on her inconsistency.

The directors know this event is basically gets to the heart of Gretchen and Slade’s problems. The couple suffers from co-dependence. And its time they learn to do things on their own. Which is how Kevin found himself attending a charity event.

Kevin stepped up and was willing to go along with Gretchen’s plans. He held her coat and her purse then when it came time to walk the red carpet – he found out that Gretchen would prefer to do it alone rather than with him. That was insulting and surprisingly he’s the only one that gets to complain about Date Night. Even though he doesn’t seeing that way as this is familiar situation to him. He was put in the position to feel like he came in second to someone else’s career and this is what happens when he’s with his wife back at home.

The rest of the group went on to actually enjoy their dates. It got them to open up in ways they never thought they would and have fun just for the sake of it without their partner pressuring them for this or that.

The couples were still laughing about the night before when they were once again called into the boot camp room. The directors told them that this was how they have to continue if there’s any chance of saving their relationship – they really have to keep this openness.

But Jenni is starting to feel that she’s been too open. A story about her and Roger was recently sold and Jenni believes the story originated from inside of the house!