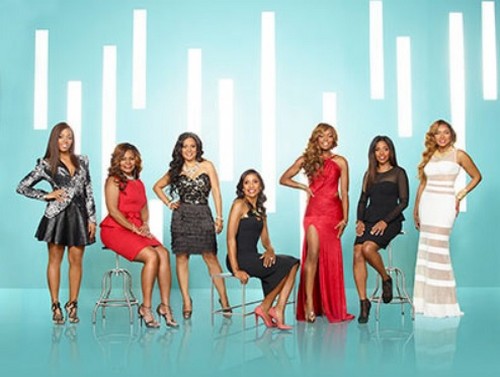 Tonight on Bravo, Married to Medicine returns with an all new episode called, “Secrets Revealed.” On tonight’s episode, this special looks back at lost footage and never-before-seen cast interviews from Season 2.

On the last episode it was time for the second part of the Married to Medicine cast reunion with Host Andy Cohen  who continued on reflecting on some of the season’s most talked about moments, as the MDs and Mrs. MDs came together and continued to clash. Did you watch the last episode? If you missed it we have a full and detailed recap, right here for you.

On tonight’s episode in this special episode we’re going to be looking at lost footage that wasn’t shown in the previous episodes of Married to Medicine and we’ll also be seeing interviews with the cast that’s never been seen.

So this episode of Married To Medicine is subtitled Secrets Revealed because I guess they are trying to dangle some scandalous stuff in front of our faces to make us all tune in. Unfortunately the first fifteen minutes would have played as a total snore if not for being so ridiculous. Each Bravo show has a clip show of things that didn’t make the original cut but seriously, watching Lisa Nicole try and redirect Dr. Heavenly’s crazy at a woman’s conference is just painful. The two fight over what is more important, Heavenly’s plethora of jobs or Lisa Nicole’s direct marketing for business and it ends not with them acting like ladies but instead Heavenly insisting the mic be taken from Lisa Nicole.

Then we get to see Mariah meeting Lisa Nicole for the first time- at a baby store. Why? I have no idea and neither did Lisa, but that’s where they first talked, until Lisa Nicole insulted Mariah’s style. That can only end badly and lead to a serious grudge, right?

Do you know who Keisha is? Well that is the side chick just waiting for the opportunity to take care of whatever you aren’t giving your man. She is very popular on this show and apparently Lisa Nicole’s husband Darren has had not one, but 3 Keisha’s over the years!  After Andy shows a clip about it the ladies lambaste her for it likely not being a mistake but a way of life for Darren. Lisa Nicole claims she will go all Loraina Bobbitt on Darren if he cheats again but my guess is that it’s a pretty empty threat, and he knows it.

Toya has taken heat since day one because she is a stay at home mom to two little boys. Simone especially has insulted her repeatedly for not working which is ironic because Simone has two sons that  she rarely sees. These two battle it out a bit but then find a decent way to resolve it and apologize. Speaking of upset, Mariah felt slighted that only three of the ladies attended her Cinnamon Girl launch party. Until tonight we had missed out on her performing a Beyonce style dance to Indian music which was, um, something else.

Heavenly’s 8 year old daughter is a real trip. Most parents would consider her to be disrespectful but not her mother. Simone is asked if she wishes she spent more time with her sons and she says no. Apparently delivering babies is plenty good for her. Right next to Dr. Jackie’s office is a practice that does lasering, injections, etc and so we get to watch the ladies take a field trip for laser hair removal.

Maybe the most disturbing part of tonight’s episode is Simone’s face when she goes to implant birth control in Toya. She freaks out because as she puts it- “Tell Dr. Eugene no more trauma to his baby mama” and the ladies spent 5 minutes making fun of Toya’s unapologetic sex life. Will Married To Medicine return for a third season? Tell us your thoughts in the comments below!