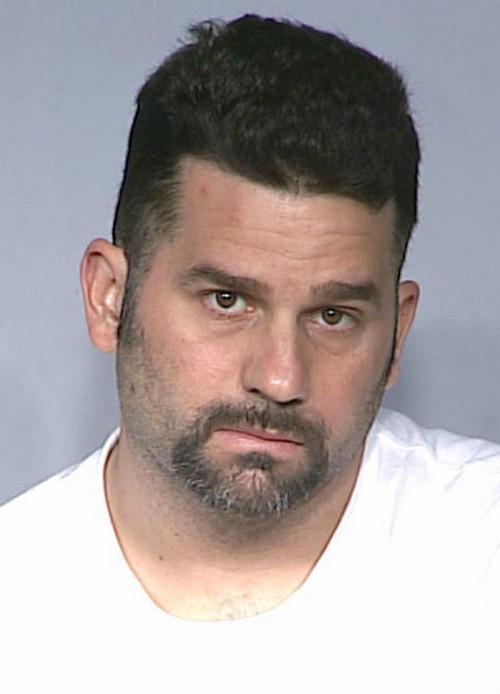 It feels like every renowned and respected Hollywood family always has some drama stirring underneath the surface, and the Scorsese clan is no different. According to reports, Martin Scorsese‘s nephew and his two acquaintances were busted for selling heroin and charged in Staten Island this Wednesday.

Frank Scorsese is 39 years old, and his father [also named Frank] is Martin Scorsese’s brother. Frank Jr. reportedly sold $200 worth of heroin to an undercover cop in April, and on three different occasions! The criminal complaint revealed that Frank had no idea that he was selling to an undercover cop [duh], and that he was charged after the third sale [which occurred this week].

Frank worked at an auto body shop when he wasn’t selling drugs, and he was arrested along with the shop’s owners, including his wife, Lori Santillo, and her brother, John Santillo.  The cops also used a search warrant to search the Santillo home, and managed to find 272 packets of heroin, along with several [likely illegal] shotguns and pistols.

Frank Scorsese is getting charged with ‘criminal possession and sale of controlled substances‘, and the Santillos will be charged with drug and weapons charges.

What’s interesting about the case is though all of the three accused pleaded not guilty, their lawyers don’t seem to have any compunctions in pointing fingers. Frank’s lawyer stated, “My client is not a felon. The primary person involved here is the co-defendant, not Mr. Scorsese. Scorsese does not own the business.” However, the Santillos lawyer fired back with, “Mr. Scorsese was the one actively involved in the sale to undercover agents. Mr. Santillo has prior convictions but they are from 30 years ago.”

Lori Santillo’s lawyer also claims that Lori was absolutely clueless about this whole mess, and that she just happened to be an innocent bystander who didn’t know what her family was getting up to behind her back. Her lawyer claims, “The weapons were hidden in a closet behind a hidden panel in a secret compartment. I know the seriousness if this charge but my client is a retired librarian and has no criminal record. She has no knowledge of any of these things.”

Frank’s father has already been reached for comment, but refused to say anything except, “I don’t need that. Goodbye.” Martin Scorsese hasn’t released any statement either, but I would expect him to follow the same route as his brother and refuse to say anything in public. Will he pull any strings and try to get his nephew’s charges reduced? I doubt it. There is nothing that states that Martin and his nephew were close, and records show that Frank has been having financial and legal troubles for a long time.