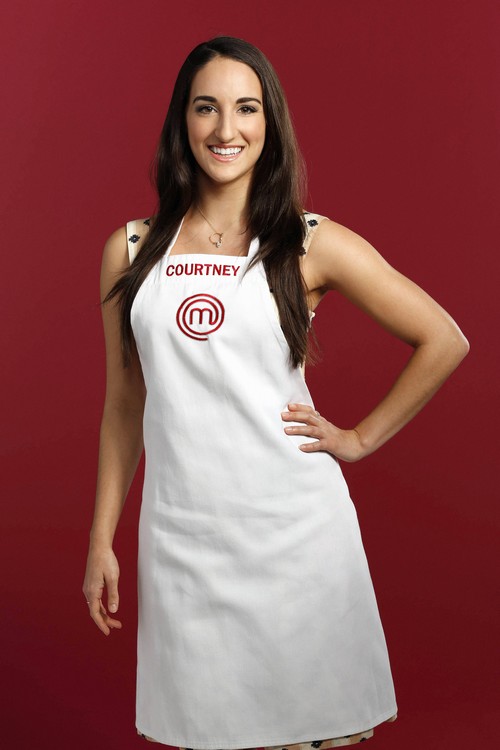 They say if you can’t take the heat, you should get out of the kitchen, but what if you like it hot? If you’ve been watching MasterChef this season 5, you may have noticed that one contestant in particular seems to be “winning” challenges when her dishes don’t seem to be quite up to it. Courtney Lapresi has been billed as an “aerial dancer” on the show. So what exactly is that, you ask? It’s a fancy word for stripper. You may term what she does as burlesque, but nekked is nekked and she takes off her clothes when she dances, so you have to call them as you see them.

Plus is it really fair that she’s up for a MasterChef win after she’s already won a major award in 2013? That’s right, Courtney aka Winter (her stripper name) won Entertainer of the Year for 2013 at Delilah’s Gentlemen’s Club and Steakhouse the club where she works. Click here to check out their gallery and go to page two of the images to see Courtney complete with a sash and crown for her win. Notice the stripper poles behind her. When I think legit aerial dancer, I think Cirque de Soleil, not boobs out on a pole. One’s art and one’s something else entirely. But got to give her props for being a top stripper…

Two contestants this year have mentioned out loud that Courtney has been shown favoritism by judges Gordon Ramsay, Graham Elliot and Joe Bastianich. And that’s only two comments that have made it to air. And, interestingly, after each of the comments, they’ve done something to temporarily set her back (but not get her eliminated) to balance these out. So the question is, are all three judges in on this thing or is it one judge in particular who has his eye on the clothing-challenged aerial artist turned cook?

Here’s a quick run down of the (alleged) favoritism:

Episode 2 – Courtney wins the mystery box challenge and gets a big advantage.

Episode 3 – Courtney got off the hook in the pressure test.

Episode 4 – Ahran openly accused the judges of bias in Court’s favor. Courtney ends up in the bottom three as if to counteract the accusation but is then (of course) saved.

Episode 6 – Courtney wins the elimination challenge and gets another big advantage.

Episode 7 – She doesn’t have to cook based on her win in episode 6, advancing her another round.

Episode 11 – Courtney wins elimination test, gets to be team captain in next episode.

Episode 12 – Her team loses by a slim margin and faces a pressure test but the judges encourage her to save herself instead of participating in the pressure test. She does and is safe for the next round (even though as captain, the loss was on her totally).

Episode 14 – Courtney wins mystery box again and Elizabeth says the judges are showing blatant favoritism to Courtney – she got to pick teams to set others up for failure.

Episode 15 – They couldn’t save her. She screwed up gnocchi then took over as team captain and screwed that up (showing just how mediocre she really is) so she went into pressure test where she was (of course) praised and saved in the pressure test.

Episode 16 – They flew in Courtney’s little brother for the aww factor – the only person who didn’t get to bring an adult and you know he was coached to say mac n cheese to set her up for a great dish – she didn’t win but was safe in second place. In the elimination challenge she got the testicles and seemed to handle these well (almost as if she’s had experience, wink, wink) and of course won yet again.

Episode 17 – Courtney gets to pick teams and then her team won by sucking slightly less than the other but it was her that dragged Elizabeth down. She’s in the top three.

All in all, it’s a pretty impressive season for someone with no culinary background that cooks in six inch stripper heels and always has a smile for the judges (maybe one in particular).

All three judges have been accused of intense sexual harassment of female MasterChef contestants in a recent lawsuit. Season four contestant Marie Porter said a female contestant in her season was “sexually harassed by the judges to the point she had her lawyers get her edited out of the show completely.” And Carrie Stevens, also from Season four says, “Marie is reporting facts. I witnessed it.” A couple from Kitchen Nightmares accused Gordon Ramsay of sexually harassing the wife. And randy Ramsay has cheated on his wife multiple times according to the Herald Sun and News of the World reports in the UK and Australia. 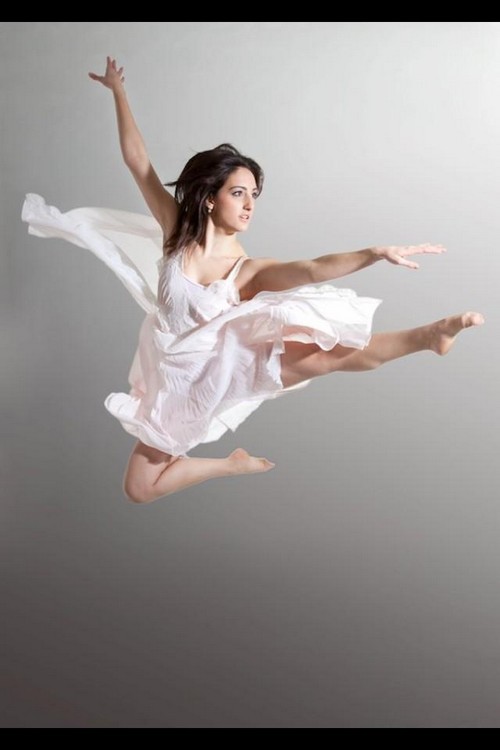 Also of interest is that Courtney performs in a stripper group based on The Spice Girls where she performs as Posh Spice (aka Victoria Beckham). Becks and Ramsay are great friends, but if Ramsay is fooling around with Courtney, does he ask her to wear her Posh gear so he can pretend he’s rolling around with his best mate’s wife. That’s so not a recipe for a good friendship Gordon!

So the real questions here are:

Is Courtney getting blatant favoritism (I say yes).

Is Courtney basking in rather than being offended by sexual attention from the judges (I say likely).

Is Courtney enjoying the attention of one specific judge whose name rhymes with handsy (I say could be).

Will Courtney win MasterChef? (I say even if she doesn’t win, Gordon or one of the other MasterChef judges may find a “position” for her in one of their kitchens).

Update: as we predicted Courtney Lapresi was handed victory by the apparently biased judging in her favor – people who watched the finale episode agreed that based on the food Courtney didn’t deserve to win this competition. What do you think?