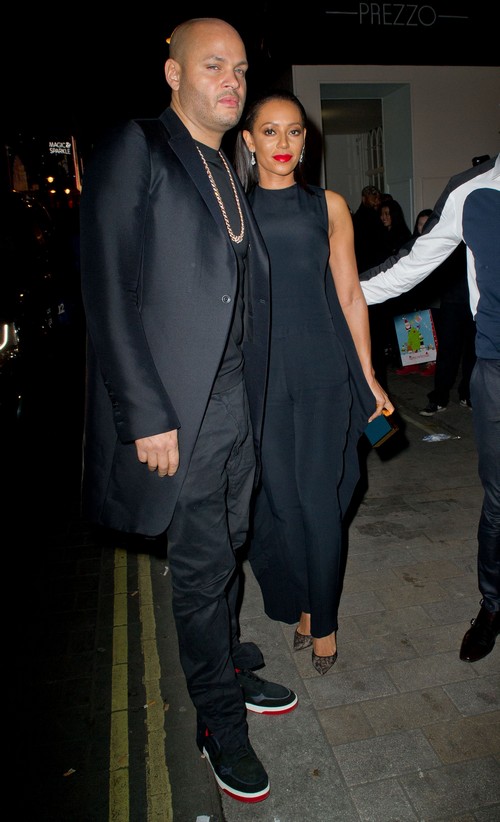 Melanie Brown, aka Mel B, is getting a divorce from her awful husband, Steven Belafonte but in meanwhile she managed to overdose and wind up in hospital. Mel B recently made the news after what many say was a nasty split with hubby Stephen Belafonte after it was reported that he physically abused her. Mel B’s fans began speculation immediately after seeing the former Spice Girl with what looked like bruises on her face. Shortly after, the British X Factor judge was hospitalized for a mystery illness, missing a live taping of the show. At the time, it was reported that she was suffering from stomach pains.

Mel and her husband have had a volatile relationship for some time, with Stephen Belafonte having several run-ins with the law over violent outbursts. The two are known to drink heavily, and likely Mel B uses alcohol so self-medicate from the pain of her failing marriage and over-aggressive hubby. Radar Online reports that Mel was actually hospitalized for an accidental overdose following a night of mixing alcohol and tranquilizers. A source told Radar that Mel “was hospitalized because she mixed tranquilizers, including Xanax, with alcohol. It was absolutely accidental, and not intentional. She wasn’t suicidal, but the pressure of being back in London brought a lot of unresolved issues to the surface concerning being estranged from mother, Andrea, and the rest of her family.”

The same source, however, also claims that Belafonte never laid a hand on Mel, which many don’t buy for a second. Radar goes on to share that Mel’s mother tweeted about a “vile abusive” phone call from her son-in-law, hinting that Mel has been abused at his hands.

Now friends and relatives are concerned that the overdose was not accidental and are worried about Mel’s frame of mind and whether or not she is suicidal. Mel B feels like a failure at times in the love department and this may put her over the top. Mel has since been discharged and is staying in a London hotel with her daughters.

What do you think CDLers? Accidental or Suicidal?