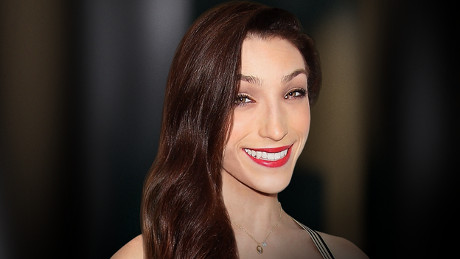 Before the new season of Dancing with the Stars premieres, we wanted to take a moment to introduce you to Meryl Davis, who’ll be partnering up with Maksim Chmerkovskiy. DWTS is gearing up for another season of hot ballroom dancing and super-sizzle-sexy flare and will feature some great celebrity dancers. If you missed the announcement, please click here for the full roster of DWTS season 18 cast members. Continue reading for a bit more information on Meryl!

“Paired in 1997, Meryl Davis, 27, and her partner Charlie White, 26, are the longest-running ice dancing partnership in the history of United States figure skating. As a child, Davis wished to glide atop the frozen surface of the Michigan Lake adjacent to her home, so learning to ice skate at the age of five was a natural choice. They are 2014 Olympic Gold Medalists, 2010 Olympic Silver Medalists and 2011 & 2013 World Champions.

“Davis and White are also six-time (2009-2014) U.S. Champions, and five-time (2001-2013) Grand Prix Final Champions. Led by one of the most successful coaching teams in the world, she and White have steadily climbed the ranks of the U.S. and international ice dancing world. In 2006, they made their senior debut on the Grand Prix Series. They dominated the international skating scene this season, standing atop the podium at all six competitions they entered.”