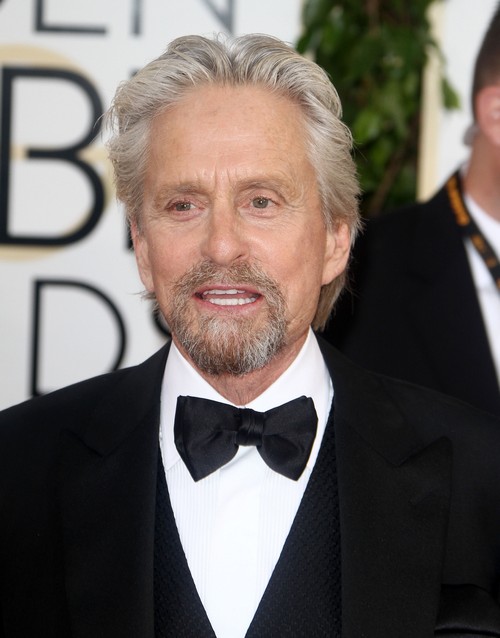 Just when it looked like there might be real hope for a reconciliation between Michael Douglas and Catherine Zeta-Jones, we’re hearing that he is finished trying to repair their broken marriage. They had reunited over Christmas after Michael spent months proving to Catherine that he really wanted their family to stay together. Apparently the holidays weren’t exactly a great time and the final straw for Michael came at the Golden Globe Awards, when Catherine flat out refused to attend with him.

According to the Feb. 3rd print edition of National Enquirer, Michael was deeply hurt that his wife wouldn’t walk the red carpet with him at The Golden Globes and that she couldn’t be bothered to show up and support him. It made him realize that she’s just not going to be a real wife to him and he is finished jumping through hoops for her.

While Michael thanked Catherine during his acceptance speech he was telling friends that evening that he really felt as if he was single. Something inside him had shifted and instead of remaining loyal to the idea of having a wife, he is ready to move on and have some fun with women that will welcome his company. Michael is ready to take the next step and file for divorce. Do you think that Catherine will come to her senses when she is served with those papers or will she be relieved to finally see them? Does she maybe like Michael chasing after her and when he stops, well, what do you think that will actually do to her? Tell us your thoughts in the comments below!