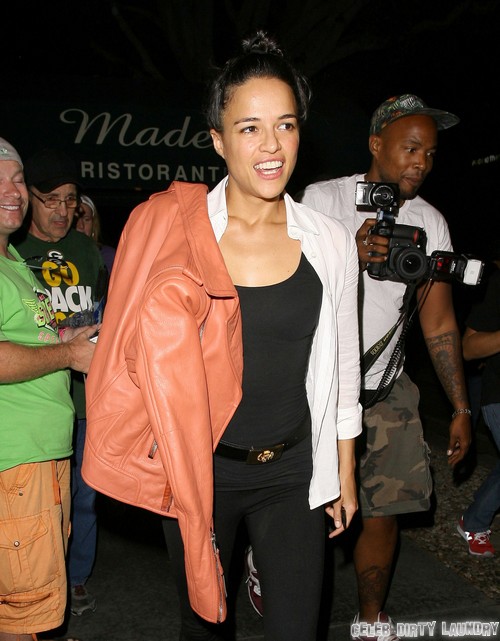 Michelle Rodriguez and Cara Delevingne were the talk of the the Knicks game last night, after pictures of them snuggling and making out courtside leaked to the press. I mean, they weren’t exactly hiding it. When you’re a celebrity and you’re sitting courtside at a Knicks game, you have to know that you’ll get photographed. From the photos, Michelle and Cara were quite drunk and probably didn’t care who was watching them.

Several photos show them fooling around, and one shows them making out. And even though the Knicks won the game, no one seems to care.

In today’s celebrity world, seeing two girls make out courtside shouldn’t be a big deal. Well, I guess since it’s two celebrities, it is a big deal. Will Cara and Michelle start dating now? I doubt it. Unless they’re spotted together several more times, I would categorize this as a drunken fling rather than anything serious. Then again, they may surprise us. Either way, I’m sure we’ll find out soon enough, what with the increased amount of scrutiny on Cara lately.

What do you guys think about Michelle and Cara fooling around last night? Do you think they should have been more discreet considering that they’re high-profile celebrities, or do you think they didn’t care who saw them? Let us know your thoughts in the comments.