Michelle Rodriquez and Cara Delevinge Dating and In Love 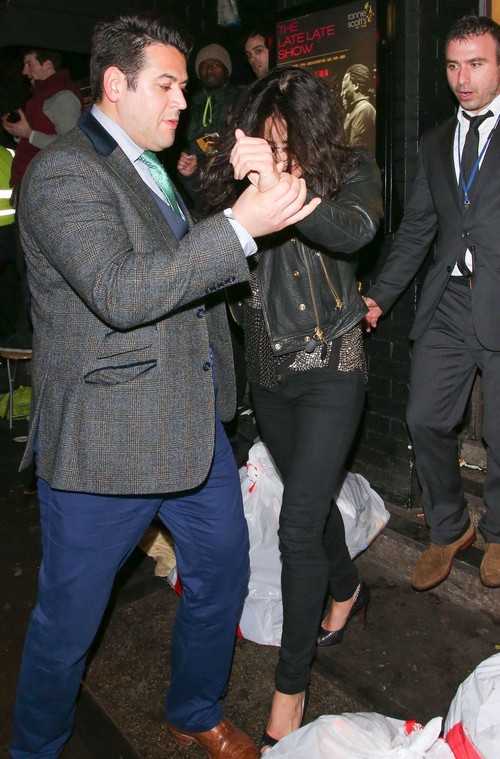 We all know by now that Michelle Rodriguez and Cara Delevingne can stir up major media commotion simply by going about in course of enjoying their relationship with one another in the eyes of the public. Today was no different. The internet has been buzzing with news that Rodriguez allegedly went on record to confirm that the two lovely ladies were indeed in a relationship.

Rodriguez is quoted as telling the UK newspaper The Mirror: “It’s going really well. She’s so cool. When we started hanging out I just thought she was awesome, and we have the best time together. She’s hard though. You wouldn’t want to mess with her in a fight. Cara’s at her own fashion week party tonight, so doing her own thing.”

Then another source was quoted as adding: “It’s still really fresh and exciting for both of them. They’re really happy and loved-up, and spending as much time together as possible. They’re also forever texting and messaging one another. Michelle has been invited to Poppy’s hen do in Los Angeles which is a big deal, and shows just how cool and accepting all Cara’s friends and family are. No one has batted an eyelid.”

Almost every major media outlet has reported this. Problem is, according to Gossip Cop none of it is even true. A rep for the actress told Gossip Cop that Michelle did not do an interview with The Mirror. Apparently Michelle has not made an official announcement that these two are romantically involved. Does it matter? Heck, maybe Cara did an interview and this is all one big mix up. Maybe nobody said anything about nothing to no one in regards to the official status of their relationship. It just doesn’t matter.

Blind eyes could see that these two got some type of “something” going on. Whether an official word is given is inconsequential to the truth. All you have to do is keep an eye out if you want to know, because these two aren’t afraid to show their fondness for each other. The truth will be right in front of you. If they are indeed in a relationship, that is good for them. We here at CDL truly wish them both nothing but the best.

Although, one can’t help but wonder how a serious relationship would work out between these two. Since both are supposedly bisexual and Cara is a lot younger than Michelle, there seems to be potential for relationship disaster from the cusp. Especially considering all the other hot liaisons Cara has had with other celebrities in the public eye and not too long ago. Can’t help but wonder if Michelle will be able to hold Cara’s attention. Hopefully these two have a solid friendship to withstand the public scrutiny. If you are interested in washing this out a bit, please do so in the comments below.