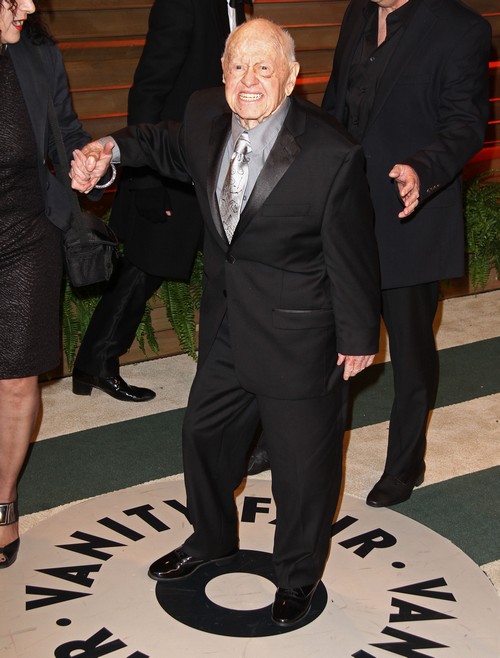 American actor and Hollywood icon Mickey Rooney passed away today at the age of 93 as a result of natural causes. Rooney’s health had been steadily declining for quite some time now, and was not unexpected.

Mickey Rooney spent his entire life acting in what have often become iconic American films. One of his most well-known roles was Andy Hardy, in the comedy “The Hardy Boys.” Rooney also starred in the 1939 hit film “Babes In Arms.” He starred alongside some of Hollywood’s most acclaimed actresses including Judy Garland, Audrey Hepburn, and Elizabeth Taylor. In later years Rooney appeared in movies like “The Muppets” and “Night At The Museum” alongside the hilarious Ben Stiller.

Mickey Rooney made news just a few years ago when he claimed that his own step-son took advantage of him and stole millions of dollars from Rooney’s various accounts. Rooney took his step-son, Chris Aber to court, and won a 2.8 million dollar judgment against him. Rooney even went before the Senate to discuss hhis case and how his own family took advantage of his age and stole from him, he later advocated for other elderly individuals who had underwent similar situations and been abused by their family members.