Miley Cyrus and Liam Hemsworth Back Together, Dating, Secret Hookup At Her House 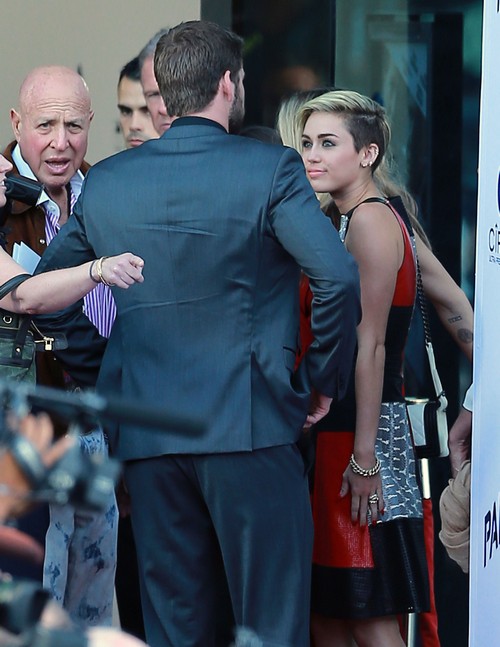 Miley Cyrus and Liam Hemsworth ended things including their dating and engagement on not-so-great terms last year, but Miley and Liam seem to be having second thoughts about this. Miley’s recent comments certainly suggest a possible reconciliation in the works, especially since she claims she still ‘loves’ Liam. Plus, new reports claim that Miley and Liam had a secret meeting in her LA home in late August, which culminated in both of them expressing their feelings for each other….

We’d heard previously that Miley was constantly bombarding Liam with texts, emails, and calls, more or less since they broke up. It makes sense, no? He wanted to break up, she didn’t. He cheated on her (January Jones), she didn’t. And he’s moved on, and she clearly hasn’t. But for a long time, Liam supposedly ignored her calls and texts, but his resolve to stay away from her weakened over the past month. He did agree to come see Miley at her home, with In Touch Weekly’s source adding, “The passion was still there. They’ve really missed each other.”

Well, they were engaged at one point, and they did date for years before breaking up. However, the sources also add that Liam doesn’t want to jump back into a serious relationship right now, and he wants to Miley to ‘prove that she’s marriage material’.

Oh, that’s rich coming from the guy who should be proving he’s husband material, not the other way around. Miley was always faithful to him, and yet, he couldn’t return the favor. Plus, she’s significantly toned down her crazy public antics, so what’s he waiting for? ‘Common ground‘, apparently. What common ground, I don’t even know. They were engaged for years, I don’t think anybody needs more common ground than that.

What do you guys think? Will Miley and Liam start dating and get back together? Let us know your thoughts in the comments below.