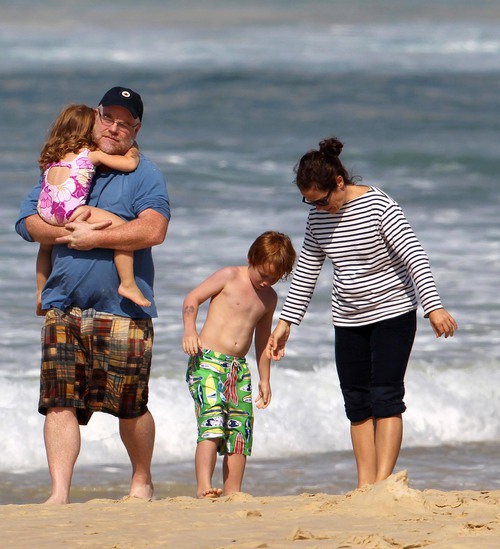 Despite her belief that Philip Seymour Hoffman was on the road to recovery, longtime girlfriend and mother of his three children, Mimi O’Donnell, is inconsolable after hearing news of his death as he succumbed to the drugs that overpowered his life and career.

After the actor was able to proudly claim being sober for 23 years, Mimi felt confident that he had kicked his substance abuse. Sadly, he fell off the wagon on 2012, and was found dead today with a needle still in his arm. The riveting actor knew he had a problem and even decided on rehab, completing a short stint in 2013. Sadly, it was not enough to pull him from the grips of the drugs that plagued him in his early years while at New York University. He struggled to keep his sobriety and had done well with the support of Mimi and the kids. But in a dramatic turn of events, he was unable to win the battle this time. Ironically, it was reported that there was a recent hoax announcing his death just two days ago! Mimi is still trying to recover from that, now dealing with the fact that her longtime love is truly gone.

Mimi is trying to stay strong for their three young children. Philip Seymour Hoffman leaves behind his longtime partner Mimi and their three children son Cooper Alexander, 10, and daughters Tallulah, 7, and Willa, 5.