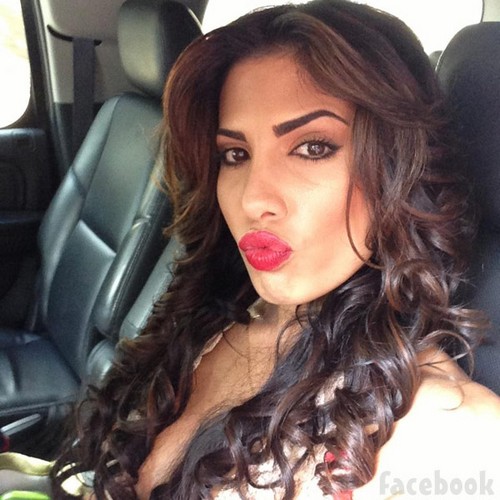 In Mob Wives: New Blood Season 4 VH1 viewers met Philly native Natalie Guercio and her long-time boyfriend London. Throughout Season 4 Natalie was pressuring London to settle down with her, and the couple was even looking for apartments and considering moving in together. It looks like Natalie is actually the one who needs to settle down though. Radar Online has released photos of her making out with someone, and it’s not her boyfriend London.

According to Radar Mob Wives star Natalie has been cheating on her boyfriend London for years, with music producer Ryan Banks. Yes, the same music producer that helped her with her “Delcious” song that she used to slam co-star Renee Graziano.

Although Banks is happily married, he claims that he has been hooking up with Natalie for years behind her boyfriend London’s back. Banks told Radar, “She was more just a late night hookup after the club. We were never in a boyfriend/girlfriend relationship. It was just sex. She was just a side thing, and we were cool like that so her boyfriend didn’t know.”

Banks claims his wife is perfectly okay with his relationship with Natalie, because his wife knows Natalie will never be anything more than a side-chick. But, the drama goes much deeper than just late night hook-ups. Natalie is apparently threatening to sue Banks over the single that he produced titled “Delicious” because she thinks he is using her name to boost his business and promoted the song without her consent. Isn’t that what producers are supposed to do – promote songs that they have produced?

Do you think Natalie has been cheating on her boyfriend London with her producer Ryan Banks? Or is this just a petty business deal gone awry, could Banks be making up the allegations to slam Guercio since she threatened to sue him?