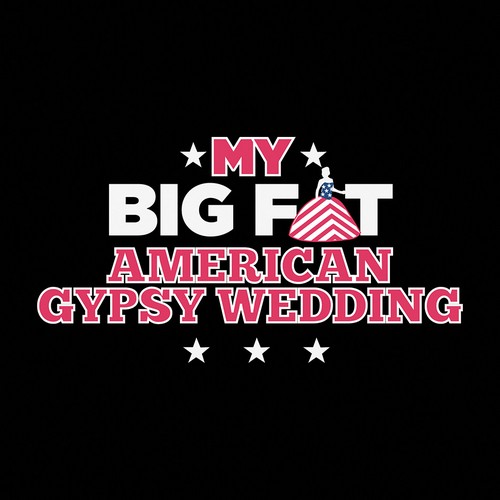 Tonight on TLC My Big Fat Gypsy Wedding airs its fourth episode tonight called, “Caught in a Gypsy Love Triangle.”  A bride-to-be has two suitors and a bridesmaid with a nasty disposition; a teen wants to be the first gypsy supermodel.

On last week’s episode two star crossed teen lovers from feuding gypsy families are determined to marry, despite the fact that their controlling moms try to keep them apart. A young gypsy boy attempts to make Romanichal history by becoming the first gypsy jujitsu champion.  Did you watch the last episode?  We did and we have a full and detailed recap, right here for you.

On tonight’s episode a gypsy bride-to- be finds herself caught in a love triangle with two potential suitors – and a bridesmaid from hell. A young Romney teen turns her back on tradition to follow her dreams of becoming the first gypsy supermodel.

Tonight’s episode is going to be an interesting one, which you won’t want to miss. So be sure to tune in for our live coverage of TLC′s My Big Fat Gypsy Wedding Season 3 Episode 4 at 9PM EST! While you wait for our recap, hit the comments and let us know how excited you are about the new season tonight.

Tonight’s episode of My Big Fat American Gypsy Wedding takes place in Kentucky. 21 year old Tara is marrying a non-Gypsy named Alex whom she has been in a relationship with for five years. Alex has Tara’s name tattooed on his body in three different places, he loves everything about her, except for her mouth. Tara and Alex live with her Gypsy family, who fully support their relationship even though he isn’t a Gypsy.

In Nashville, Tennessee a 19 year old Gypsy girl named Trouble is pursuing a modeling career, against her parents wishes. She doesn’t want to be a traditional Gypsy girl and get married and have babies, she wants to go to New York, but her Mom says “over her dead body.” Her Mom tagged along with her on a photo shoot, and is furious that Trouble is taking photos topless and holding a cowboy hat over her breasts.

In Kentucky Tara is having second thoughts about her wedding and is secretly texting a guy named Justin. Alex catches her on the phone with Justin and freaks out and starts crying. He forces her to delete her Facebook account which only makes Alex question their upcoming wedding more because she doesn’t like feeling trapped.

The next day Alex makes a shocking decision and leaves Alex and gets together with Justin. Her family isn’t speaking to her because they are upset that she hurt Alex. A week later Tara meets up with her sisters Kalynn and Brittany and they inform her that if she marries Justin they won’t be coming to the wedding. Tara begins to wonder if she made a bad decision by leaving Alex so she tells Justin she needs a break. Meanwhile Alex decides to make a grand gesture and gets a tattoo of Tara’s face on his back.

After being single for four days Tara agrees to meet up with Alex. He shows her the tattoo that he got on his back and then gets down on one knee and proposes to her again. Tara accepts Alex’s proposal, and the wedding is back on.

In Nashville Trouble has come up with a plan to get her to New York to go to a few auditions at model agencies. Trouble and her sister Sasha head down town decked out in Gypsy dresses and dance all day while people leave them tips in a bucket. Afterwards Trouble is devastated when she realizes she doesn’t have enough money for a plane ticket. Her Mom Jeannette finally comes around and realizes how hard she worked and offers to give her the rest of the money she needs.

Tara and her sisters head to Boston so that she can see her wedding dress. When Tara sees the gown she bursts in to tears. Tara says that it is “everything that she wanted.” She tries on the dress and practices walking in it since it is five feet wide.

Trouble and her Mom board a plane and head to New York. They arrive in Manhattan and start hitting up modelling agencies. Jeanette waits outside patiently for her. After a few rejections Trouble starts to get discouraged. She thinks she did well on her final casting call because the guy said he would call her. Trouble and Jeanette head back to the hotel to sit and wait for a phone call. The next day she receives a phone call and gets called back for a test shoot. Jeanette can’t believe how much of a natural her daughter is and is beginning to think that modeling may be her future.

It’s finally time for Tara and Alex’s big wedding, and Tara is two hours later. Everyone at the wedding is beginning to doubt that Tara is going to show up. Meanwhile Tara and her sisters are struggling to get her into her wedding dress.

Tara and her sisters finally arrive at the wedding, but her younger sister Kalynn is fed up with her bridezilla attitude and refuses to help walk her and her big dress down the aisle. The wedding goes on without Kalynn and Tara makes it down the aisle and she and Alex say their “I Do’s.” Their wedding reception goes off without a hitch and Kalynn apologizes for not walking down her aisle. Tara thinks she is ready to tame her ways and become a faithful Gypsy wife.