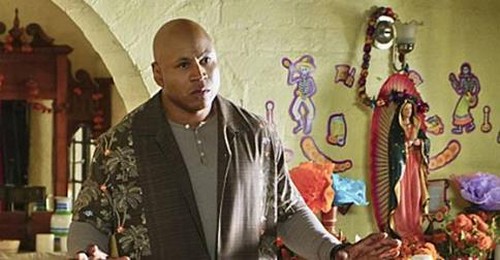 Tonight on CBS NCIS: Los Angeles continues with an all new Monday October 27, season 6 episode 5 called, “Black Budget.” On tonight’s episode Callen [Chris O’Donnell] and Sam [LL Cool J] travel to Mexico to track down the only employee who escaped a professional hit at the Department of Defense. Back in the States, the rest of the NCIS team work to uncover the motive behind the shooting.

On the last episode, when the NCIS: LA team learned that someone from their past was targeting one of their own, they desperately searched the city. Meanwhile, Operational Psychologist Nate Getz visited Nell to help her through her traumatic experience. Did you watch the last episode? If you missed it, we have a full and detailed recap right here for you.

On tonight’s episode Callen and Sam head to Mexico to track down the only employee who managed to escape a professional shooting at the Department of Defense. Meanwhile, the rest of the team works to uncover the motive behind the shooting.

The Department of Defense’s West Coast accounting office was attacked on tonight’s episode of NCIS: Los Angelos. And now the government wants answers. Or at the very most explanations because there aren’t any obvious reasons of why that particular department of the DOD was assaulted and from all appearances the culprits didn’t even seem like they wanted to rob the place. They just came in and killed three of the four people that were there.

The one victim that managed to walk away from the incident was spotted (via security feeds) entering the bathroom seconds before the shooters entered the building. So in any other case there would be no reason to suspect Milton other than the unfortunate fact he soon disappeared after the shooting.

In all honesty, Milton could be innocent of any involvement against the DOD but the fact he chose to flee to Mexico so soon after he witnessed the murders of his friends and co-workers doesn’t exactly inspire confidence in anyone. Hence to get to the bottom of why he fled – Callen and Sam had to go after him. Though the case was never going to be easy for the guys.

No matter what the situation is – two federal agents aren’t exactly given a welcoming party if they ever choose to cross the border. And Callen and Sam had to learn that tidbit the hard way.

A DEA agent tried to give them a tough time although technically they’re all supposed to be on the same team. So really finding Milton was only ever going to be a two man job. And those men were Sam and Callen. What little help they expected from the Mexican government never actually materialized. Even when they really needed like when they ran into some other guys looking for Milton.

It seems Milton has “family” in Mexico. His fiancée and her family were waiting for him to bring them all up on visas and so when he felt his life was threatened – he chose to go hide out with them. Believing no one would look for him there. However he was proven wrong. And by time Callen and Same found him – he was ready to talk. Especially as they were the only people standing between him and killing squad.

Milton and one his co-workers had found a discrepancy a few days ago in billing. 41 million dollars was allocated for a black ops mission involving a Delta unit. But Milton later learn there was never any missions involved. Meaning money was simply being sucked dried.

And this information was seemingly backed up when the rest of the NCIS team found out several security drives had vanished after the shooting. But something was wrong with the mounting evidence. While it fit Milton’s story and made it look like the boss he had reported to was dirty – no Delta quad would have let Milton escape. They’re too good at their jobs for that!

So Milton had to be dirty all along. There was no other explanation for it. The team back in LA had figured out the convenient bathroom break was a ruse and the boys in Mexico realized he was dirty when one of his future relatives accidentally showed the guys the money Milton must have stolen from the DOD.
It’s why the unit pursuing him wanted him back so much. Milton was the one with the money and everyone else (Callen, Sam, all of the females that were unwillingly being used) were just in the way. But thankfully back up arrived right when it was needed.

Milton’s friends weren’t actually a Delta team. They were Arms’ Dealers and Milton was using them to launder some of ill-gotten gains. So when the real Delta team (the one that was being framed for Milton’s crimes) found out where he was – they arrived in the nick of time to help.

Milton and cohorts were taken down and the unsuspecting women he had duped – well they might have or might not have been left some of the money he had stolen. But if they were they it’s safe to say it was well earned. Once the ladies figured out Milton was one of the bad guys – they quickly sided with Sam and Callen against him. They even went as far as to offer up assistance when in all likelihood they thought they were all going to die.

So the guys were grateful towards them and as for the woman – maybe next time they won’t be so quick to jump on the first guy’s offer to take them all to the states!