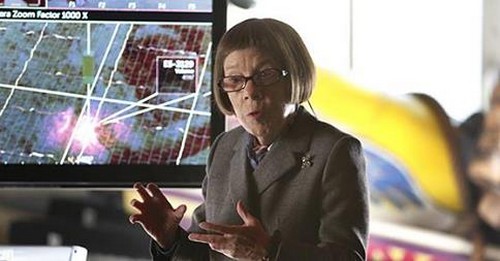 Tonight on CBS NCIS: Los Angeles continues with an all new Monday November 3, season 6 episode 6 called, “Seal Hunter.” On tonight’s episode Sam [LL Cool J] is arrested for murdering a woman, but Callen [Chris O’Donnell] and Granger work to clear his name. Meanwhile, Kensi and Deeks discover a link between the victim and a student from Sam’s past.

On the last episode, Callen and Sam headed to Mexico to track down the only employee who managed to escape a professional shooting at the Department of Defense. Meanwhile, the rest of the team worked to uncover the motive behind the shooting. Did you watch the last episode? If you missed it, we have a full and detailed recap right here for you.

On tonight’s episode when Sam is arrested for murdering a woman, Callen and Granger work to clear his name. Meanwhile, Kensi and Deeks discover a link between the victim and a student from Sam’s past.

Sam Hanna has been arrested for the murder of Leyla Walden on tonight’s episode of NCIS: LA and yet neither Sam nor any of his friends have even heard of the victim before her murder. Sam was with Callen when the feds from the FBI came for him. And the both of them would have resisted arrest anyways possible if Hettie hadn’t called in to advise them against it.

She simply let the other guys take Sam and told Callen to come into the office. Callen had felt like she was giving up on their friend at the time and later when he was assigned to desk duty while the investigation went ahead on Sam. But, secretly, Hettie was forming a plan to free Sam of all charges. She just kept mum about that last part until Granger was out of the office. Hettie didn’t want him to know what she was doing. He would have told her to let the FBI handle it.

And none of Sam’s colleagues trusted the FBI to be of any actual help. After all they were the guys that arrested Sam in the first place. However the FBI ended up having a stronger case than anyone would have thought.

For instance, there was both DNA on the body and a video of Sam at the scene of the crime. As for the crime itself, the killer broke Leyla’s neck and was able to escape detection as in all types of surveillance that was Leyla’s street once he was initially caught. Only a man of Sam’s skill would have been capable of all of that.

So before anything else the team had to disprove the evidence and find out some information about a Mr. Ray Turner. Turner was a former SEAL who now makes a living out of outing fakes SEAL. But, more importantly, he also knew Leyla. He is probably one of the few people that did. They used to meet every Tuesday about something or another and so he’s literally the perfect person to know who would have targeted Leyla. He was around her long enough and his old instincts could have picked up anyone following her.

Yet Turner was at first apprehensive about helping the unit. He’s grown a bit paranoid of the government over the years so it took a lot of convincing and for his boat to blow up before he could trust Callen and Sam. The same person that went after Leyla then tried to kill Turner so he told the guys that Leyla had asked him to look into a man claiming he was SEAL. This other guy was about to join private security and she didn’t want to take her chances.

Though when Turner looked into this other guy he then learned the man was using a fake name. The team not only found out that Stevens, that’s who they’re looking for, does have military expense (not as a SEAL) but that Sam also used to know him. They worked together back in the day and funnily people used to say they could pass as twins. So fast-forwards to the present and when Stevens committed a crime he then knew the perfect person to take the fall for it.

Stevens acted as a gym owner with a couple of partners that also claim to be ex-government agents yet meanwhile he’s been operating an identity theft ring.

It seems like he stole more just Sam’s identity – he also stole Sam’s DNA from back in the day. And he didn’t stop with Sam.

But he and his partners never got a chance to empty their accounts prior to going on the run. Once they realized they failed to kill Turner – they panicked. Hence they had asked a girl that works at their office to make a drop off. Though they were prepared to kill her the second they were done with her.

Luckily, the team was able to move in before she could get hurt and they soon collected all of Stevens’s partners. Which left only Stevens and Sam wanted to handle the other man personally. Sam wanted to humiliate Stevens like Stevens humiliated him. So he pummeled the man claiming to be a SEAL. And after he had Stevens in crying mess, he made him confess on camera that he wasn’t in fact a SEAL.

Then he handed over the footage to Turner who went LIVE with it in a matter of seconds!