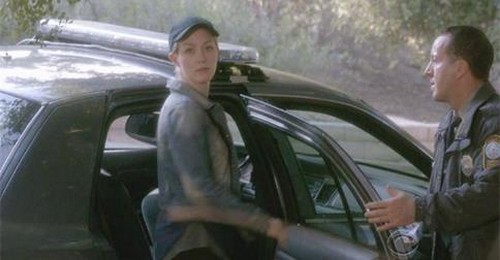 Tonight on CBS NCIS continues with an all new Tuesday November 18, season 12 episode 8 called, “Semper Fortis.” On tonight’s episode, A petty officer is killed in a hit-and-run accident; and Gibbs [Mark Harmon] tries to clear a Navy Hospital corpsman when she is indicted for illegally providing medical aid to the victims of the crash.

On the last episode, after investigating the murder of a retired Master Sergeant, the NCIS team uncovered a fraudulent charity that preyed on those searching for missing military personnel. Meanwhile, Bishop agonized over the results of her probation evaluation, and Tony contemplated adopting a stray cat that followed him home, on NCIS. Did you watch the last episode? If you missed it, we have a full and detailed recap right here for you.

On tonight’s episode as per the CBS synopsis, “while the NCIS team investigates the cause of a hit and run accident that resulted in the death of a Petty Officer, Gibbs searches for a way to clear a Navy Hospital Corpsman, who has served two medical tours in Afghanistan, after she’s indicted for illegally providing medical aid to the victims of the crash, even though the surviving victims swear by her life-saving techniques.”

A petty officer’s death alerted the NCIS team to an even bigger case involving a seemingly normal civilian. A woman by the name of Anna Dillon had come upon a car crash. The petty officer and his friends were all baldy injured after accidentally driving off of a cliff. And so Anna, taking the scene in, had done her best to then save the victims. She performed several medical procedures but she did so without an existing license. She’s neither a doctor nor a nurse. Anna is actually former Navy and while she has medical experience in the field – back home she’s nothing more than a civilian.
So, in spite of her good deeds, Anna is going to be brought up on charges just because she decided to help.

The DA wants to make an example out of her and in doing that they are hindering the investigation into the petty officer’s death. Apparently his car didn’t fall off a cliff because of any fault of his own. The “accident” was a hit and run. And’s it’s also looking like it was done intentionally.

However, the only witness the team has is currently stuck in a cell. Anna had seen a second car flee the scene and she’s prepared to cooperate. But as of now she’s not allowed to leave her cell. So Gibb stepped in to help. He spoke to the US Attorney and had Anna delivered to the NCIS headquarters.

Then when they were done questioning their witness – Gibbs refused to return her to her cell. Anna’s story had touched him. She had called 911 and turned on her emergency alert button in her car when she arrived on the scene. So she could have waited for help to arrive but ultimately she chose to help the victims all the while knowing she would get in trouble for it.

And she ended up saving two out of three lives.

Petty Officer John Blaney ‘J.B.’ Hicks didn’t survive the crash. And that would have happened no matter what Anna did. He had severed his carotid artery during the accident. So there really was no chance he would have survived. Though the DA wants to make it seem like Anna’s negligence could have been the reason for J.B.’s death. They know the parents of the kids are going to be looking for someone to blame for all of this and they’ve volunteered Anna for the role.

And what makes the situation even more challenging is that Anna was also blaming herself for J.B.’s death. She wondered if she had hesitated too long and blames herself for what happened. So the second thing Gibbs did for her was arrange a meeting with Ducky. Ducky was the only person in the world that could convince her she wasn’t at fault. He showed her his findings from the autopsy and that finally convinced her to fight charges.

Gibbs got her a lawyer and yet the one thing that can truly help her cause is to have someone else to blame. The team found out the hit and run could be intentional when the owner of the car that was used for the hit the victims turned out to be an old enemy of one of the kids inside of the car. The two young men had gotten into a scuffle on the race track and the “accident” they had on the track is similar to how J.B. was run off the road.

The team were looking for Dave Lancelotti. Figuring he would be the final key to closing the case. But someone had murdered him before he could be questioned.

Dave had earlier claimed his car was stolen and after they had found out about his rift with one of the victims – no one had believed that claim. It was only until an autopsy was performed on him that the team realized he must have been the telling the truth. The DNA that was found on Dave linked back to guy he used to work with at his garage.

Consequently, Dave’s old pal had both access and keys to Dave’s car. And more importantly former Petty officer also had a grudge against J.B. J.B. had reported on him to the Navy for drug usage and that got him kicked out on a dishonorable discharge.

So Hicks was murdered and when the parents of the victim attempted to fight the charges against Anna – the DA rightfully dropped them. Thereby allowing Anna to follow the dream that made her leave the navy in the first place – she can now go to Med school.