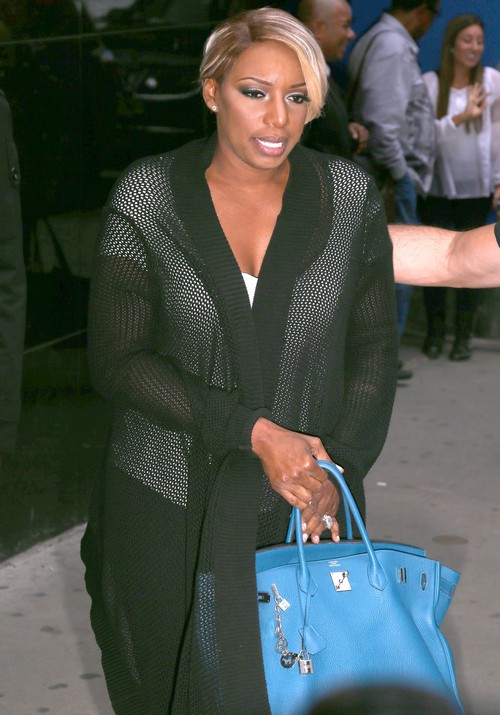 According to reports, NeNe Leakes is getting kicked off The Real Housewives of Atlanta. This is what happens when you keep harping on about how the producers are manipulating the show, and how the rest of the cast is beneath you. You end up making an enemy of everyone, and the executives end up putting you down as a liability. Then, sooner or later, you can kiss your cushy fake-job and million-dollar salary good-bye.

The reports claim that NeNe had already been causing plenty of issues for everyone on the show, but the final decision to fire her was only made after she got into a feud with Andy Cohen.

A source tells Life & Style, “He was pissed about the way that NeNe acted on the reunion this year, so much so that he might not ask her to come back. He thinks she has become a diva and was very irritated with her for not really answering his questions! She also acts like she doesn’t care or want to be on the show anymore.”

Well, everyone on the show acts like a diva, so I’m not sure how much of that to believe. Plus, there are people that should be crucified much more than NeNe Leakes when it comes to the reunion special, chief of which are Porsha Williams and Kenya Moore. NeNe was obnoxious, sure, but was she as bad as Porsha or Kenya? She didn’t end up beating anyone down on national television, did she?

But then again, maybe that’s why she’s being fired. Maybe the producers are sick of her constantly belittling the show and calling out the behind-the-scenes truth, and they’re taking precautions to make sure it doesn’t happen again. I mean, everyone knows reality shows are full of crock, but there still has be some semblance of reality established – and with NeNe continuously revealing the fake set-ups that keep happening, there’s no way audiences will buy into the show anymore.