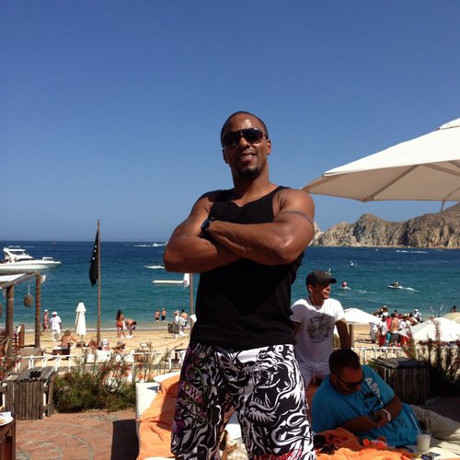 TMZ reports that NFL player Darren Sharper has been charged with drugging multiple women and raping them. Creepily enough, there’s a long and sordid history of sports stars and former sports stars sexually assaulting women. The former New Orleans Saint was charged with two accounts of rape in Los Angeles after he allegedly drugged and raped women in his hotel room. The charges include rape by ‘use of drugs, four counts of furnishing a controlled substance, and one account of possession of a controlled substance.’ All these are felonies, and could land him serious time behind bars if he’s proven guilty.

Darren reportedly met these women at a club in West Hollywood on October 30th, and then he invited them to another party. When they stopped by Darren’s hotel room, he gave them both shots, and is suspected of using Ambien to drug them.

The women state that they woke up hours later, in the act of Darren sexually assaulting them. But that’s not all. Like the scum that he is, he then decided that he was going to go at it again, since he seemingly didn’t get caught the first time. Officials state that Darren used the same pickup scheme on January 14th when he returned to the same club and found two more women.

He then did the same thing to these two women, and after the women left his hotel room, they reportedly sought hospital treatment.

There’s absolutely no way this guy is innocent, not when there’s this much damning evidence. He was already arrested on January 17th, but released on bail [UGH]. However, if [really, when] he gets convicted, he could face up to 30 years in jail. Good riddance, right? Especially since this isn’t even the first time he’s been accused of raping women. I hope he gets the maximum sentence for his crime, and then rots in jail for a long, long time.