Nicholas Hoult and Jennifer Lawrence Back Together After Chris Martin Split 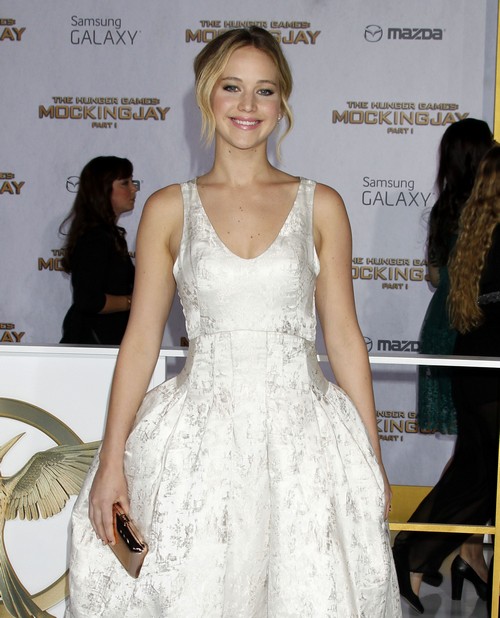 Didn’t we say this would happen? Nicholas Hoult is reportedly ‘keen’ on getting back together with his ex-girlfriend, Jennifer Lawrence. It’s about freaking time, considering that Jennifer Lawrence has been trapped in that weirdo twisted love triangle with Chris Martin and Gwyneth Paltrow. The girl deserves better, and she always seemed much happier and much more content with Nicholas Hoult – less tabloid drama, and less drama in general.

Sources have been teasing Jennifer’s escape from the Chris Martin relationship for a few weeks now, and even though Chris keeps trying to woo her back, it’s only a matter of time before she comes to her senses and leaves for good. And as usual, Jennifer and Nick are likely to rekindle their romance when working on the next X-Men film, which is set to shoot over the spring and summer of 2015.

The exact same thing happened last time as well – Jennifer Lawrence and Nicholas Hoult broke up during Jennifer’s Oscar campaign for Silver Linings Playbook, ostensibly because Nick couldn’t handle the fame. They stayed that way for the next few months, until both of them reported to Montreal to start filming X-Men: Days of Future Past. The isolation of filming sent them running back into each other’s arms, and before long, they were back together and stronger than ever.

But alas, that couldn’t last – especially not with the distance issues cropping up between them again. Both Jennifer Lawrence and Nicholas Hoult were so busy with their careers that they decided to call it quits – again. Of course, I’m sure Nick didn’t expect Jennifer to go and start dating a rock star the first chance she got, but that’s exactly what she did. Fortunately, she seems to have gotten it out of her system, so a Jennifer Lawrence and Nicholas Hoult reunion is likely just a few months away, at most.