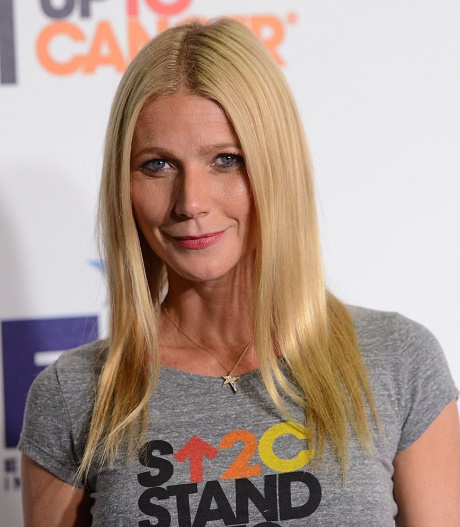 Many were not surprised when the short-lived romance between Chris Martin and Jennifer Lawrence fizzled after only a few short weeks, but Gwyneth Paltrow was the least surprised at all, because she orchestrated it!

In what seemed like a play right out of a Lifetime movie, Gwyneth Paltrow became so jealous over the relationship between her ex Chris Martin and his younger girlfriend Jennifer Lawrence, that she purposely had the two children they share together call their father at time she knew he was with his new girlfriend, Radar Online spilled.

Not only was Gwyn incensed by Martin choosing America’s Sweetheart, JLaw, to replace her, she was bothered by how quickly they seemed to move into ‘coupledom.’ Given that Gwyn knows she is not well-liked, it burned even more that Martin would choose someone so down-to-earth and well-liked. Jennifer is basically the complete opposite of Gwyn, and though that is what Chris liked most about her, it was what burned Gwyneth the most.

Gwyneth kept putting the guilt trip on her musician ex by telling him he needed to spend more time with the children. She was constantly inserting her opinion about his relationship whenever she and Chris would see each other. She wanted Jennifer to know that she still has a bond with Chris that no one else has, and that she’d always be around…like the “goopy” elephant in the room. Gwyn may not want to be with Chris any longer, but she doesn’t want to see him happy with someone else either—especially someone younger, more in-demand, and more popular.

Gwyneth kept pushing the age issue with Chris by speculating her competition wouldn’t be up for the job of stepmom. But that was the least of Gwyneth’s worries—she was simply jealous of Jennifer and bothered by how quickly she stole Chris’ heart. And Gwyneth’s pettiness was what ultimately broke the couple up as JLaw complained about the constant intrusion of children via phone or in person…compliments of Ms. Goop herself.

CDLers…what do you think? Can Gwyneth be any more annoying? Remember it was her that wanted the split!