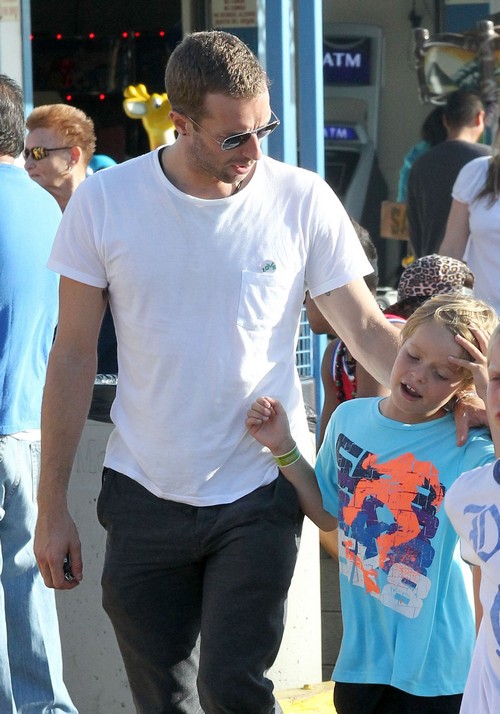 Jennifer Lawrence is furious with Gwyneth Paltrow for trying to steal Chris Martin back. First she mysteriously gets caught on video with Chris enjoying a little PDA and now Gwyn is working on making Chris jealous. Gwyneth Paltrow and Brad Falchuk only show off their romance when running in Hollywood’s inner circle, something that Gwyneth’s ex-husband, Chris Martin, could learn from. According to Page Six, Gwyneth Paltrow and Glee and American Horror Story producer Brad Falchuk have reportedly been open about their relationship when attending private Hollywood parties together. Meanwhile, Chris Martin and Jennifer Lawrence are getting hounded by the paparazzi and more or less forced to confine themselves to their homes and private jets. I’m not saying it’s a giant conspiracy and ploy by Gwyneth Paltrow to make Chris Martin jealous, but do you think it’s working?

Gwyneth’s also extremely smart about playing her fans, and to some extent, even the media. She knows the entire world is focused on Chris Martin’s relationship with his girlfriend, America’s sweetheart Jennifer Lawrence. But Goop’s also very talented at getting people to eat out of the palm of her hand, and she can do that once again. In fact, it was just last week that the photographers just happened to capture her tousling Chris Martin’s hair. The touchy feely gesture went viral, and everyone in the world saw Chris Martin and Gwyneth Paltrow acting like a married couple again, whatever the truth happens to be. I’m sure that Jennifer Lawrence wasn’t pleased about that video, and if this report is accurate, I can’t imagine Brad Falchuk is all that pleased with it either. So while Gwyneth and Brad take their relationship semi-public, the media is being treated to the Chris-and-Gwyneth show.