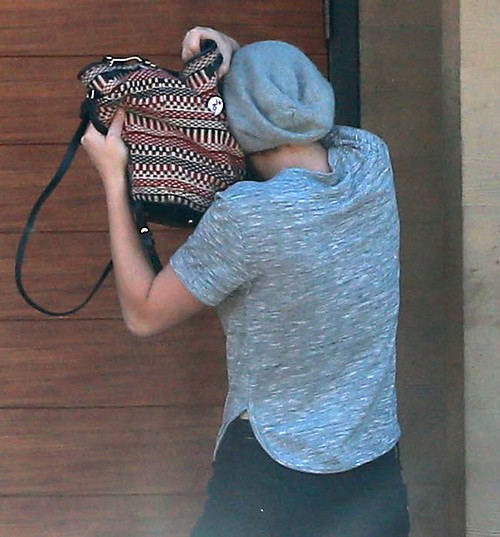 Chris Martin and Jennifer Lawrence have been dating for almost two months now, but Chris Martin is still in a strange flux state with his ex-wife, Gwyneth Paltrow. Chris and Gwyneth were spotted cheating, or at least being extra affectionate in public last week, which was unsurprisingly captured by TMZ cameras. I don’t want to jump start any conspiracy theories, but does anyone else not buy that it was a coincidence that the cameras were there – and just happened to see Gwyneth Paltrow tousling Chris Martin’s hair? Gwyneth behaved as if she wants to see Jennifer Lawrence and Chris Martin break-up!

No, I have a feeling Gwyneth knew those cameras were there, and played up her relationship with Chris for everyone to see, especially Jennifer Lawrence who would perceive the interaction as cheating. After all, she and Chris have children together, and she would benefit a great deal if Chris came back to her. The main reason their marriage even ended was supposedly because Chris was head over heels for Alexa Chung, but that obviously didn’t last. Although Gwyneth and Chris supposedly have their own relationships now, the amount of time they spend together – and how they spend it together – certainly doesn’t seem amenable to a divorce. In fact, you’d think that Chris and Gwyneth were courting each other, not divorcing each other.

Plus, with the way that Chris and Gwyneth have been playing up their relationship in public, I don’t see how Chris’ relationship with Jennifer is going to last. Jennifer Lawrence can’t have missed the hair tousling video, and I don’t think she would have been ecstatic to see it. What girl is going to love it when her boyfriend is getting touchy feely with his ex-wife? Especially when that ex-wife is doing everything in her power to win him back? In these circumstances, Jennifer Lawrence and Chris Martin fighting seems inevitable, no?

What do you guys think? Are Chris Martin and Gwyneth Paltrow going to get back together? And is Chris Martin cheating [physically or emotionally] on JLaw? Will Jennifer Lawrence and Chris Martin break-up, are they fighting? Let us know your thoughts in the comments below.