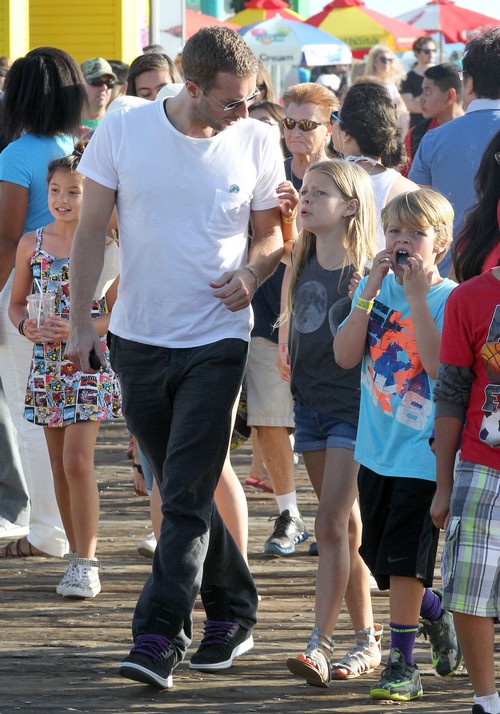 Chris Martin and Gwyneth Paltrow are on the verge of consciously re-coupling, even though they announced their divorce a mere few months ago. So why the sudden change of heart, you ask? Well, as we’ve reported, the biggest reason for the conscious uncoupling between Chris and Gwyneth was Alexa Chung. According to Lainey Gossip [at her annual 2014 Smut Soiree], Chris and Alexa were involved in an affair for quite some time, before Chris started to feel guilty in December of 2013.

He decided to re-commit to Gwyneth but ‘couldn’t forget’ Alexa. Unfortunately, Gwyneth wasn’t too happy with that part, so they went ahead with their divorce. Unfortunately, for Chris, he may have wanted to clear his plan with Alexa first. After breaking up with Gwyneth, Chris went grovelling back to Alexa, but guess what? She moved on. As Lainey says, that door was ‘not left ajar’ and Alexa had completely ‘cooled on him’. She’s moved on to another dude already, even if that’s left Chris broken-hearted.

Again, none of this should be very surprising if you’ve followed the Chris Martin – Gwyneth Paltrow – Alexa Chung love triangle on Lainey’s website. It’s more or less become an open secret among gossip circles, and also explains why Chris and Gwyneth are now getting along so well.

With no Alexa in the picture, Gwyneth is probably confident that Chris is willing to get back together with her. Thus, the endless stream of paparazzi-captured photographs showing them having dinner together. Gwyneth’s telling you guys that Chris is coming back to her, even if she doesn’t want you to know the reason why.

What do you guys think of Chris’ affair with Alexa and re-commitment to Gwyneth? Let us know your thoughts in the comments below.