BY Sean O'Brien on May 5, 2014 | Comments: one comment
Related : Chris Martin, Gwyneth Paltrow 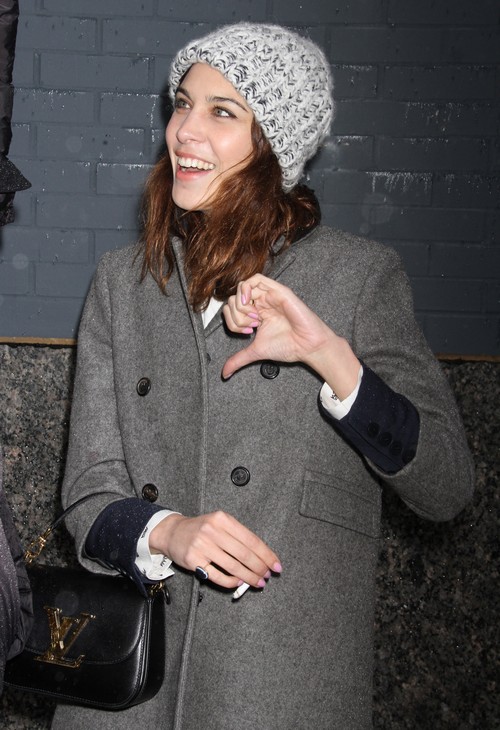 Coldplay has released a new song this week titled ‘Sky Full Of Stars’, and Lainey Gossip is speculating that the song is Chris Martin‘s ode to Alexa Chung. As we know by now, Chris fell head over heels for Alexa while he was still married to Gwyneth Paltrow, and even though they had an open marriage at the time, it looks like Chris was ready to take things with Alexa to the next level.

The lyrics are obviously romantic and cheesy, and the song is a bit lackluster by Coldplay standards, but they are somewhat revealing. They include:

Now that Chris’ divorce to Gwyneth is official, is it possible that he’ll try to make it official with Alexa? He doesn’t have to be worried about hiding anymore, and he no longer needs to be worried about image and all that other insignificant crap that Gwyneth probably forced him to go along with. Will he get his chance to date the woman of his dreams, even if their relationship lasts two nanoseconds?

We’ve seen this all happen before, right? The thrill of the chase, the thrill of the affair and all the hiding. Then when things become official, the dude quickly loses interest and diverts his attention elsewhere. Chris probably thinks he loves Alexa because he couldn’t have her, but now that there’s a real possibility that he could officially be with her, what are the bets that he’ll lose interest?

Of course, he’s probably willing to get as much distance from Gwyneth as possible right now, even as they continue their amicable ‘conscious uncoupling’ for the whole world to see.

What do you guys think? Will Chris and Alexa make it official? Let us know your thoughts in the comments.