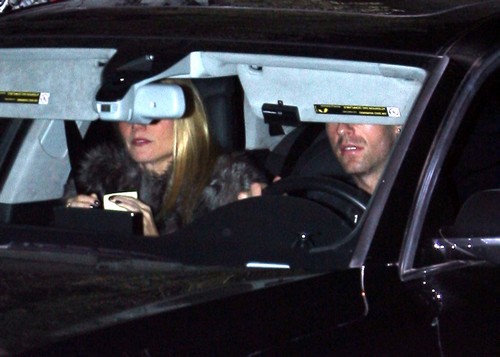 It sounds like Gwyneth Paltrow and Chris Martin’s “conscious uncoupling” is going to be a lot more meticulous than most good old fashioned divorces end up. After breaking the news that their over ten year marriage is kaput the parents were then spotted vacationing together with their children. They are also technically still living together and seem to be getting along pretty decently. So why isn’t there any nastiness? Well, it’s not because Gwynnie and Chris are better people than the majority of those that divorce. It’s more like they don’t want the truth getting out.

Apparently those rumors about her flings are pretty on the money and Chris hasn’t exactly been an innocent angel either. If they walk into divorce court choosing to make it messy, mudslinging then all of those dirty details can easily leak to the press. God knows Gwyneth doesn’t want the kind of PR nightmare that would follow and there are only so many never-ending sad Coldplay songs that Chris can write about his miserable marriage. Both have agreed to play nice (TMZ) in order to salvage themselves publicly and also to keep their two children from learning through a Google search why mommy and daddy are really splitting up.  Well all the kids have to do is search ‘Gwyneth Cheating’ and the gigs up anyway.

How much stuff is being swept under the rug here? Don’t worry folks because we will learn about all of their dirty laundry and hang it out there for you to see. Do you think that Chris cheated on Gwyneth too (before Alexa Chung, but that wasn’t really cheating, the couple was in the open marriage phase of their doomed relationship) or is Gwyneth and her affairs the main reason things fell apart? And let’s not forget that this pretentious couple had a “conscious uncoupling” long before they admitted to the world. Tell us your thoughts in the comments below!