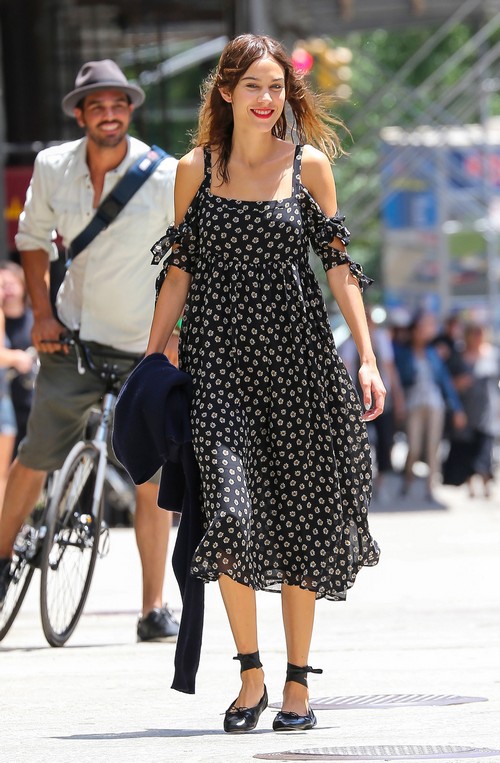 Chris Martin and Gwyneth Paltrow have been setting the Internet on fire [not really] with rumors of a possible reconciliation. However, a new report claims that all those rumors are being engineered by Gwyneth, as are all the convenient photo-ops that just happen to catch Chris and Gwyneth eating dinner together, even though it’s been months since they ‘consciously uncoupled’.

A report from Star Magazine alleges that Chris is sick and tired of being manipulated by Gwyneth, and he is finally ‘putting his foot down over Gwyneth’s control-freak behavior.‘ Apparently, Chris is upset that Gwyneth is trying to control him even after their divorce, and he’s furious that that Gwyneth keeps forcing them to go to public places for dinner and meetings. Star’s source claims that their divorce has gotten ugly, with Gwyneth still wanting to get back with Chris and Chris not agreeing to the reconciliation.

Uh-huh, and I’m sure Alexa Chung had nothing to do with the divorce getting ugly. Also, does anyone really believe that Chris isn’t in on this whole PR stunt? If anything, Chris has manipulated the entire marriage from day one, and Gwyneth has been at the mercy of his mood swings and flings with other women. They may have had an open relationship, but sources close to the couple say that Gwyneth is always the one who tried to make the relationship work, whereas Chris is the one who insisted on the breakup – and all because he fell in love with Alexa Chung. And now, he’s getting friendzoned by Alexa, who’s moving onto other dudes and is clearly not interested in him anymore. So of course he’s going to come running back to Gwyneth, and of course she’s going to take him back.

Or the alternative version of the story is that Gwyneth is angry and jealous about Alexa, and is making Chris’ life a living hell to make him pay for it. Either way, Chris isn’t going to end up with Alexa, so he might as well make things easier for himself and just get back together with Gwyneth.

British model and fashionista Alexa Chung takes a walk through the East Village with a friend on June 21, 2014 in New York City, New York. While romantic speculation has died down between Alexa and Chris Martin, the new theory is that he’s helping to launch her music career by getting her a record deal.