Gwyneth Paltrow Desperate To Reconcile With Chris Martin – The Only Way To Repair Her Crumbling Reputation! 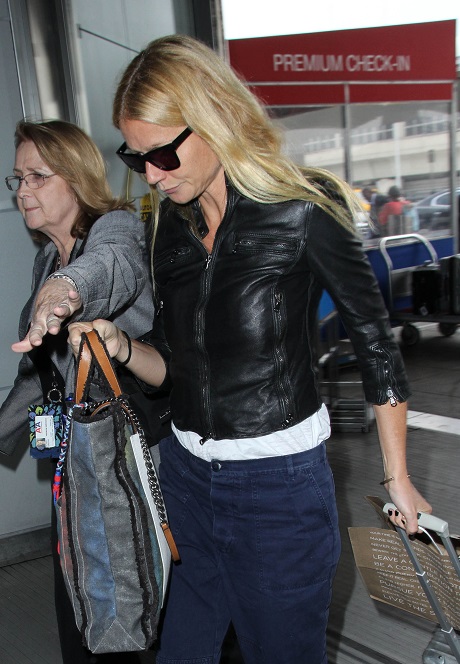 Perhaps Gwyneth Paltrow thought that after announcing that she and Chris Martin were “consciously uncoupling” back in March she would somehow come out of the situation sitting pretty. She would be free to move on and she could use her singleness to spin her career in a totally new direction. Instead, poor Gwynnie was hit with instant backlash and she was viewed as the sole reason why the marriage failed. So much for finding solidarity in other divorced women…instead she was blamed in the pool of public opinion for her own situation.

Yesterday, photos popped up on Instagram of Gwyneth and Chris looking super cozy at dinner with their two kids, Apple and Moses. According to sources close to the actress, just two months of being on her own has made Gwyneth rethink everything, including her divorce from Chris. She had considered planting negative things in the press about him to try and level the playing field but Gwyneth realized that no matter what she did (or what Chris may have actually been guilty of) she was going to be the villain — and it’s her image and career that will suffer.

Perhaps her marriage wasn’t so bad after all — at least that is what the actress is now thinking. If she and Chris appear in public to be very affectionate and somehow can put their marriage back together, then perhaps the fans will go a little easier on her, right? At least that is what Gwyneth is hoping for. Now she just has to convince Chris that things can be fixed and that they belong together after all. Something tells me that is a task that is going to take some work! Do you think that Chris will take Gwyneth back after everything that has happened? Tell us your thoughts in the comments below!