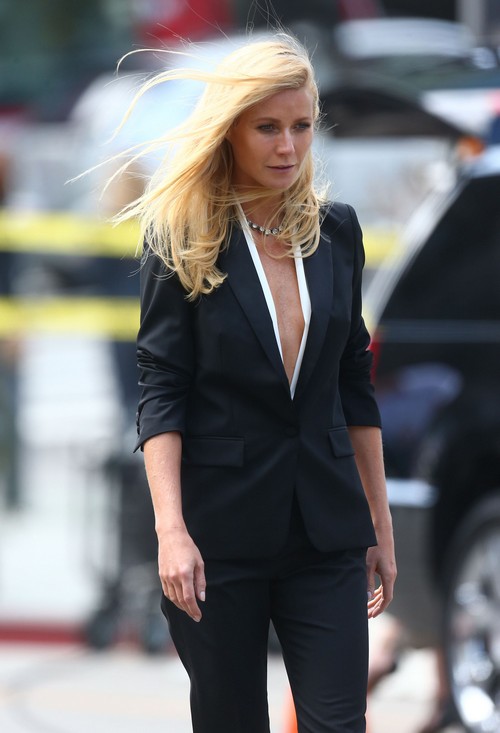 My oh my, it hasn’t been a very good month for Gwyneth Paltrow, has it? First came the ‘conscious uncoupling‘ with Chris Martin, and now the Goop CEO has quit. Not only that, but she’s become the laughingstock of the media, with Joan Rivers mocking her ‘Most Beautiful Woman in the World’ designation granted by People Magazine.

According to reports, Seb Bishop, the CEO of Goop, has quit the company after Gwyneth announced that the offices would be moving from London to Los Angeles. Apparently, Bishop was willing to initially make the move to LA, but then something happened and he ‘abruptly quit‘. A source tells Page Six, “There is speculation that he and Paltrow disagreed on the direction of Goop, partly that she used the Web site as a vehicle for her personal life, and the ‘conscious uncoupling’ announcement.”

Basically, Bishop wanted to make Goop into a legitimate company, not an outlet for conscious uncouplings. However, losing him will be a big problem for Goop, especially since Gwyneth now has to deal with this corporate uncoupling right after her personal uncoupling.

And it’s not just her personal and professional lives that are taking a hit, but also her image in the media. For the longest time, Gwyneth portrayed the idea of perfection – marriage, life, health, etc. She wanted everyone to aspire to be more like her, which is partly the basis that Goop was founded upon. However, everyone’s slowly starting to find out that her marriage was a fraud, and now Joan Rivers is coming in and adding that Gwyneth also has a huge ‘stick up her rear end.’

Apparently, after Joan and the Fashion Police mocked her ‘Most Beautiful Woman in the World’ designation from People last year, she went in and yelled at them. Joan explained on Watch What Happens Live, “She came in and yelled at us — she stood up — she can’t sit down because she’s got a stick up her rear end.”

If Gwyneth’s not careful, her carefully built facade over the past decade will soon come tumbling down. There are plenty of cracks showing already, and it’s only going to become a bigger PR nightmare.