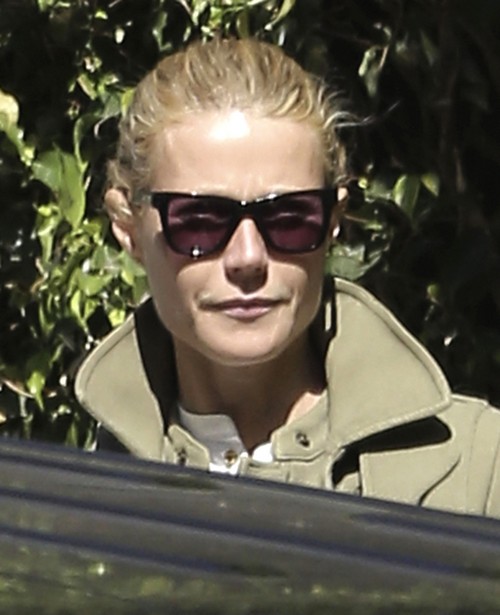 So much for playing nice and moving forward with one of the most civil divorces in Hollywood history. A few weeks ago Gwyneth Paltrow and Chris Martin confirmed their “uncoupling” and were immediately spotted together vacationing with their two kids. Supposedly they were going to play super nice so that the media wouldn’t get their hands on what could turn into very explosive court transcripts. In other words, Paltrow wanted to try and save her reputation but almost immediately we started hearing allegations of her various cheating hookups that have occurred over the last decade. Chris was starting to look like a saint in the failed marriage, right?

Well, not for long. Suddenly there appeared a story about him hooking up with a younger woman that worked behind the scenes during Coldplay’s last SNL appearance. He denies the rumored affair but according to Radar Online he is accusing Paltrow of feeding the rumor to the press. He believes that she put it out there to make him appear to be a less sympathetic character than we were all starting to believe him to be. Furthermore, Radar claims that sources report that Gwyn is going to go after Chris for extra money – in excess of $25 million – in their divorce settlement. Even though the couple is worth a reported $280 million it seems Gwyneth wants more.

What does this mean? Well if Chris truly believes that his ex set him up then look for this divorce to get very messy in record time. Their proverbial closet is stocked with emotional ammo that could do real damage not only in court, if the divorce makes it there, but also to both of their careers. Do you think Chris will eventually decide to talk about what life was really like with Gwynnie? Tell us your thoughts in the comments below!