Chris Martin And Alexa Chung Hookup In Tokyo – Are They Almost An Official Couple? 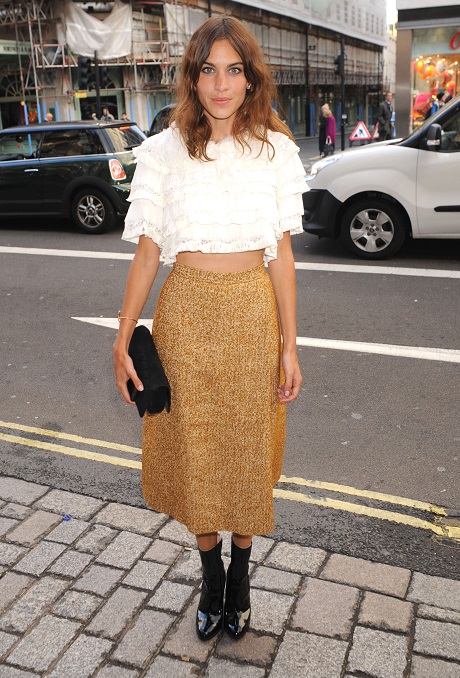 Alas, perhaps the situation wasn’t as clear-cut as we originally imagined. Based on a tip from Lainey Gossip, it looks like Alexa and Chris might actually both be in Tokyo at the same time. And of course, that doesn’t necessarily have to mean anything. It might just be a coincidence that Chris and Alexa happen to be in the same city at the same time. After all, they’re both busy celebrities with obligations around the world. Maybe they both have things they need to do in Tokyo — and perhaps their visit has nothing to do with the other person.

Let’s be real though — if Alexa and Chris truly are in Tokyo at the same time, the chances are that they’re going to meet up. From what we heard a few months ago, Chris was truly infatuated with Alexa, even if she didn’t reciprocate his feelings as strongly. Of course, if Chris were smart, he’d just avoid rekindling his feelings and head back home to Gwyneth and his children.

But if he was smart, he never would have put himself in this situation in the first place. To Alexa, Chris is probably just another notch on the boyfriend belt, but it seems like she means more than that to him. Unfortunately for him, I doubt their relationship will ever go further, so he really should put his family first and forget about her. Of course, I doubt he’s thinking with his head right now, so don’t be surprised if we hear about pap pictures of Chris and Alexa hanging out in Tokyo.