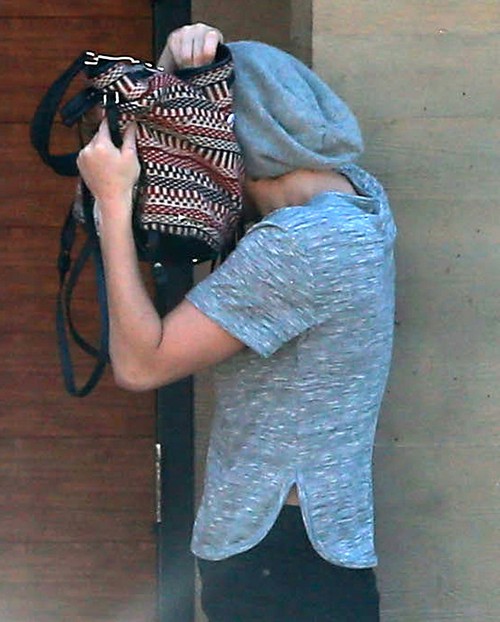 Gwyneth Paltrow has brainwashed her children into thinking that anything that tastes good is probably bad for you, and Jennifer Lawrence follows that exact opposite school of thought. It’s no wonder that our dear Goop is probably champing at the bit to keep her kids away from JLaw huh? Unfortunately for her, her ex-husband Chris Martin is dating Jennifer Lawrence, which means that sooner or later, her kids will become Jennifer’s BFFs.

But for now, our sources claim that Gwyneth’s done such a good job of Goopy-fying her kids that they don’t want anything to do with their father’s new girlfriend. Basically, it’s all about Gwyneth and her kids hating on Jennifer Lawrence, the children don’t like Jennifer, and that is that!

Of course, there’s also the matter of Gwyneth and Chris still spending all their time together [Chris was spotted at Gwyneth’s recent birthday party], acting like husband and wife, and presenting a united front in terms of family. It’s not hard to deduce why their kids would be confused when meeting Jennifer, especially if they think that their mom and dad are still together.

On the one hand, I commend Chris Martin and Gwyneth Paltrow for making this transition as easy as possible for their children. But at the same time, it’s been months since they ‘separated’ but they’re still not divorced. And not only are they not divorced, but they hang out just as much as married couples do! Seriously, what is Jennifer Lawrence doing getting involved with this weirdo love triangle? First of all, going from Nicholas Hoult to Chris Martin will never, ever make sense to me. And on top of that, she’s dating someone who’s still married to his ‘ex’ wife, spends all his time with her, and has a family, to boot. We get it JLaw, you wanted a cool rocker boyfriend, but couldn’t you find someone your own age who’s not mired in a co-dependent relationship with his ex-wife?

Meanwhile it’s no wonder Gwyneth Paltow’s kids hate JLaw – she is turning into a total diva monster – no more America’s Darling for this daddy-dating-head-covering-diva. Jennifer is SO lucky she won her Oscar when she did – she wouldn’t even get nominated now. And by the way, what is she so desperate to cover up? You’d think she was naked or something!

‘The Hunger Games’ actress Jennifer Lawrence is seen hiding her face as she has lunch at Nobu in Malibu, California on September 26, 2014. Jennifer also gets some help from some employees in hiding her from photographers as she made her way to the car, Jennifer was seen leaving boyfriend Chris Martin’s house before heading to lunch. Things are getting serious between the two with Chris stating that he is ready to introduce her to his kids.