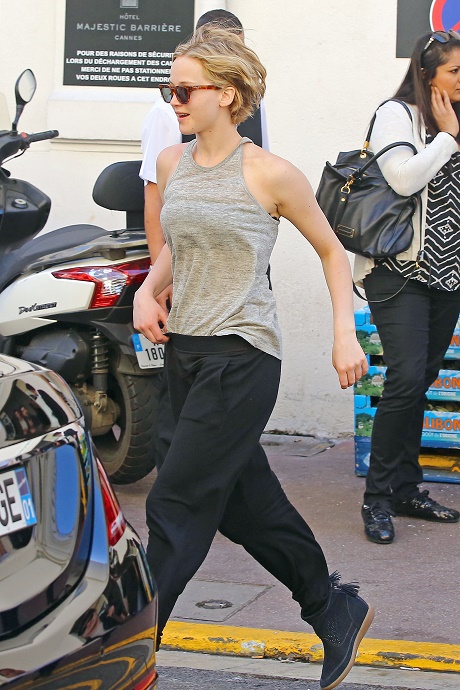 When the big celebrity nude scandal of 2014 went public a few days, everyone immediately assumed that it was due to a security issue on Apple’s part. After all, the pictures were taken off iCloud years after some of the stars had deleted the pictures, so how did the hacker manage to get a hold of them? However, Apple denied any involvement in the leak, claiming that it was not a system vulnerability that lead to the pictures getting hacked. More and more, it’s starting to look like certain celebrities – including Jennifer Lawrence – were specifically targeted, possibly over a few years.

While it’s frightening to think that some hacker [or hackers] have been collecting all these pictures from Jennifer’s files over the years, that also means that they probably have access to other information.

The new issue of In Touch Weekly corroborates that claim, with a source adding, “This hacker has access to all her texts, emails and personal secrets. He could share intimate details about her new relationship with [Coldplay singer] Chris Martin, as well as her rocky past romance with Nicholas Hoult.” Not to mention, Jennifer’s friendship with Liam Hemsworth might lead to some details being shed on Liam’s own rocky romantic history, especially with Miley Cyrus.

However, this report also makes it sound like the hacker is spending all of his time setting up some super secret gossip column. In reality, the dude is probably some random pervert with the computer skills to hack into Jennifer’s files, and that’s why he’s leaked the naked pictures and videos.

If he did have other, more valuable files, why wait? Better yet, why not sell them to the highest bidder? Plus, if there were more scandalous photos there – especially with either Nick or Chris – they probably would have made it to the net already. Unless, of course, the hacker’s waiting for something. He did hold back on a rumored sex tape, but with the FBI going after him right now, it’s unlikely that we’ll see any other information coming from his account soon.