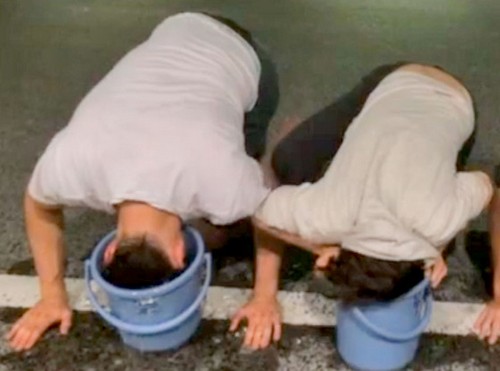 Kristen Stewart is the bad girl once again, at least in Jennifer Lawrence’s mind. JLaw is furious over the fact that Nicholas Hoult is dating and loving KStew while all she gets to play with is Chris Martin! Jennifer Lawrence and Chris Martin continue to make absolutely ZERO sense to me as a couple. Like, what do they talk about? Do they sit there and make poop jokes? Do they discuss Gwyneth Paltrow? Do they babysit Chris’ children, and does Jennifer feed them Doritos and Cheetos and then ask them not to tell their mother? I don’t get it – how does one go from Nicholas Hoult to Chris freaking Martin? For goodness sake, the guy was married to Goop for so many years, how has his sense of humor not just shriveled up and died? So. Many. Questions!

One thing we hearing from multiple sources right now is that Jennifer’s not completely happy about her breakup with Nicholas Hoult, and she was thinking of a possible reconciliation with him – that is, until Nick hooked up with Kristen Stewart and they started dating See, the media’s all about the Kristen Stewart – Nicholas Hoult  romance, and they haven’t done anything to dissuade people of that notion. Zip-lining dates, ice bucket challenges, and pretty much spending all their free time together while filming Equals in Asia.

I don’t think Jennifer Lawrence is a particularly jealous person, but the last time she broke up with Nicholas Hoult, they got back together a few months later. But now.. it’s only been a few months, and he already has a new girlfriend. Or at least, a new rumored girlfriend. When it comes to exes, rumors might as well be true – it hurts the same, either way. Unfortunately for Jennifer, it’s her own fault this happened – she probably thought that she would be able to fulfill a childhood crush by dating Chris Martin, but then realized that he’s boring and old and that she would much rather be with someone her own age. Except, too late. Your perfect ex-boyfriend has moved on, and now you’re stuck with Chris Martin. At least you get free Coldplay concerts out of it? A silver lining without the playbook.