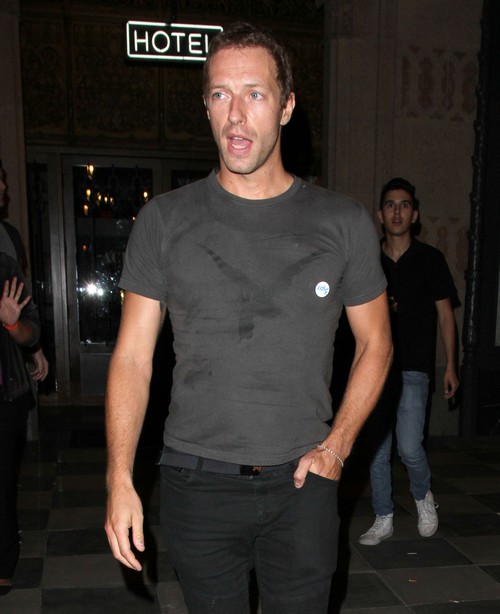 Jennifer Lawrence hates Kristen Stewart for swooping in and dating Nicholas Hoult when they were on ‘break’ – now she’s stuck with boring Chris Martin. The never-ending love saga between Twilight’s Kristen Stewart and Robert Pattinson seems to have finally ended, as the ex-lovers seemed to have both apparently moved on, for good this time. News recently broke that Robert Pattinson has been secretly dating singer FKA Twigs for weeks now, and Kristen Stewart has been spotted on several outings with Jennifer Lawrence’s ex Nicholas Hoult, creating yet another complicated Hollywood love triangle/quadrangle.

However, since Kristen and Nick began hooking up, it appears to any outsiders looking in that Jennifer has moved on as well because she is now dating Gwyneth Paltrow’s ex Chris Martin. But, according to our inside sources, Jennifer is still seething over Kristen and Nick, and now that the reality of dating a middle-aged father has set in, Jennifer is wishing she hadn’t let Nick go so easily. And, she is secretly trying to reconnect with Hoult. Our insider goes on to explain, “Jennifer has always had a bit of a wild streak, and when she and Nicholas weren’t fighting, they were partying all day and night. Now, she is stuck with Chris, and his idea of partying is staying up until midnight instead of going to bed at 9:00 PM. Meanwhile, she has to see pictures of Kristen and Nicholas doing all the fun things she used to do with him, like go to amusement parks and out to high-profile restaurants and clubs.”

It sounds like Jennifer Lawrence is tired of playing house with Chris Martin and wants her old life back? Do you think that she will try to steal Nick back from Kristen? Do you think Nicholas Hoult is better off with Kristen or Jennifer? Let us know what you think in the comments below!