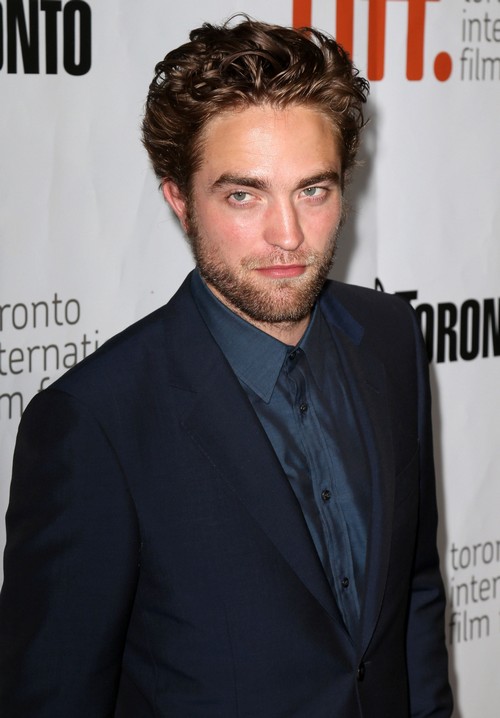 Robert Pattinson touched down in Toronto yesterday, and he was present at the premiere of Maps to the Stars at the Toronto International Film Festival earlier today. The movie’s gotten great reviews right off the bat, so you know what that means, right? Celebration time! And for Rob, that’s basically drinking time.

However, there’s someone noticeably absent from the celebrations: Kristen Stewart. I know, I know, they’re broken up, bla bla. But we really thought there was a chance that she would turn up to support his movie, and perhaps even spend time with her ex-boyfriend. After all, isn’t that exes are for?

Obviously, I’m kidding. At this point, it’s become painfully obvious [even to Twi-hards] that #RobstenUnbroken is never, ever going to happen again. Kristen might be hooking up with either Nicholas Hoult or her BF Alicia Cargile [or both, for all we know], but she’s NOT hooking up with Robert Pattinson. The former exes might still be in touch, and they might even be friends. But they’ve moved on, and now it’s time for their fans to move on.

Now, that being said, Robert Pattinson does have a new girlfriend, FKA Twigs [a.k.a. Tahliah Barnett]. They’ve just been ‘hanging out’ for the past few weeks, but will Rob fly FKA Twigs in to Toronto for the festival? After all, it’s a big week for him. Maps to the Stars had a fantastic reception, and he’s reportedly involved some high-profile deals being made at the festival. Wouldn’t he want to celebrate with his new girlfriend?

If FKA is there, then she’s gone very undercover. Nobody’s seen her at the festival, and nobody’s seen her at the afterparties. That doesn’t mean that she’s not there, it just means that Rob isn’t trotting her out for the whole world to see. I can’t say I blame him, after what he’s gone through with his relationships in the past.