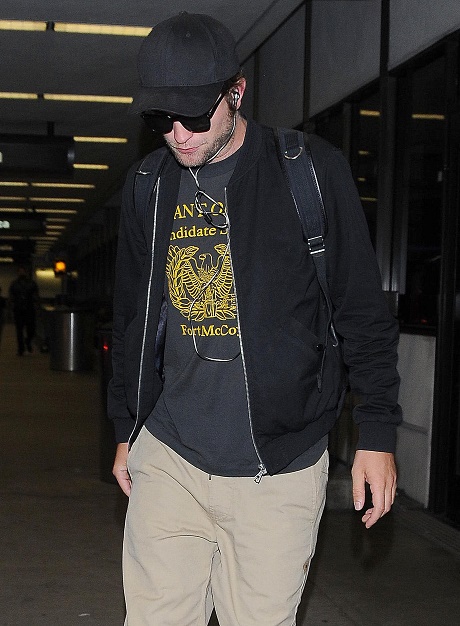 Robert Pattinson and FKA Twigs [a.k.a. Tahliah Barnett] are dating, but sources close to Rob claim that he still hasn’t gotten over Kristen Stewart. Granted, Tahliah is the first person that he’s dated that doesn’t look like Kristen’s twin, but the sources allege that he’s still torn between his feelings for Kristen and his new relationship with Tahliah.

That’s one of the reasons that his reps have already reached out to E! News and told them that Rob isn’t ‘technically’ dating Tahliah yet, even though they have been spending a lot of time together [cough, hooking up, cough] and it’s possible that their relationship could become more serious soon.

Rob will supposedly make his decision by the time he gets to the Toronto International Film Festival, which has already begun. Rob has films screening at the festival, as does Kristen, so it will be the perfect opportunity for him to meet her and decide whether he’s over her for good. If he’s not over her – well, they’ll have to go undercover to spend time together at TIFF, but a reunion is a reunion. If he is, then he’ll probably stay visible enough during the rest of the festival, and perhaps he’ll even spend time with Tahliah at some of the after parties.

Regardless, even if he’s torn between the two of them right now, it’s not completely up to him to decide. Kristen’s allegedly dating Alicia Cargile, and if she brings Alicia to TIFF, then Rob can forget about any such reunion. He’ll just have to go crawling back to Tahliah, whether he has feelings for Kristen or not.

What do you guys think? Is there any chance of a Kristen and Rob reunion at TIFF, despite their significant [rumored] others? Or is it just wishful thinking? Let us know your thoughts in the comments below.