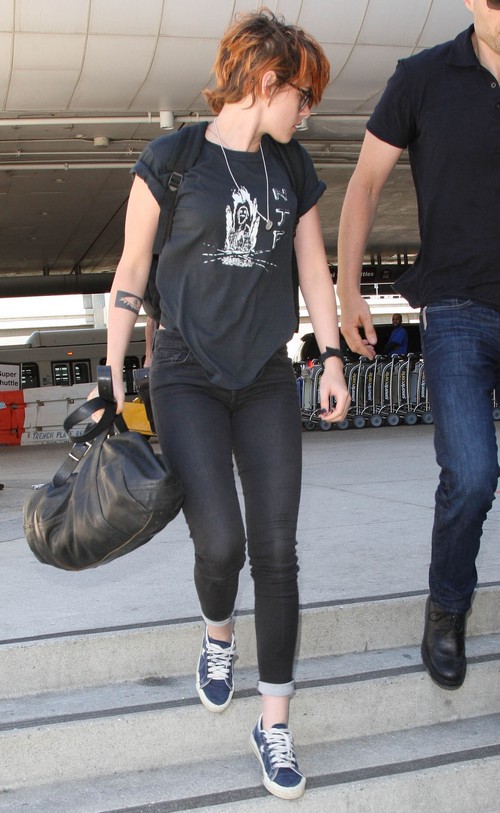 Robert Pattinson and Kristen Stewart have had a tumultuous relationship over the past few years, if the tabloids are to be believed. However, all we know for sure is that Rob is still in touch with Kristen, that Kristen doesn’t care what the public thinks of her, and that they’re both going to be at the Toronto International Film Festival this year. Yes, we can extrapolate and make guesswork from there, but that’s what we know for sure. However, we’ve also been hearing from plenty of sources that Rob and Kristen have also moved on, and will use the opportunity of the festival to go public with their own relationships.

What do we mean by that? Well, we already know that Rob has moved on, don’t we? The guy has been spotted with every manner of hookup and fling for the past year, but apparently, he might actually have a new girlfriend. The identity of this new girlfriend is still a mystery, but sources close to the actor claim that he’s been spotted with a pretty brunette for the last couple of weeks.

And Kristen? Well, rumors of her being a lesbian aside, it’s hard to believe that she’s waited this long to rebound with someone. She may have done so privately, but her relationship with Nicholas Hoult doesn’t seem so innocent on the heels of his breakup with Jennifer Lawrence. While they not be officially ‘dating’ yet, that doesn’t mean that they won’t be. Besides, Kristen’s reportedly sick and tired of being treated as the desperate one longing for her ex-boyfriend, and she wants to prove that she’s over Rob.

As such, don’t be surprised if both of them turn up at the festival with dates or hooking up with other people. They really do want to put this Robsten thing behind them, and I think they’re willing to do anything to make that happen.