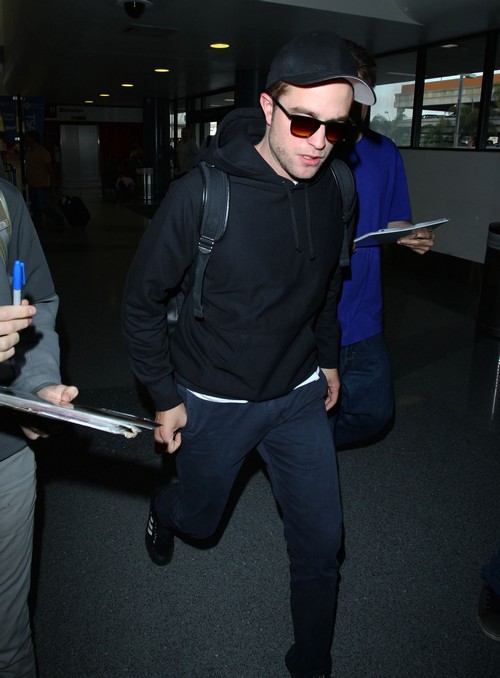 Thousands of Twi-hards all over the country are gearing up in their efforts to become Robert Pattinson‘s next girlfriend. Why? Because according to reports, Rob has been actively looking for a girlfriend recently.

According to Page Six, Rob spent the entire July 4th weekend hitting up boozy industry parties renowned for being hookup central. He reportedly attended parties thrown by nightlife connoisseurs Ronnie Madra and Richie Akiva. And at these parties, he was seen chatting up several ‘model-types‘ over drinks. Dun dun dun.

Now, I don’t know why these reports all assume that he’s looking for a girlfriend, because do Hollywood stars really turn to models for hookups or relationships? My opinion of Rob is pretty neutral at this point, but even I don’t think that the guy would go from Kristen Stewart to some brainless model. He obviously values attractiveness, if not acting ability. But after dating Kristen Stewart for four years, is he really going to turn to some sleazy Hollywood party to find his next relationship?

Then again, he’s been linked to a bunch of model types recently, including Imogen Kerr and Dylan Penn. They’re probably more substantial than your typical model, but maybe Rob’s hoping to find a gem among the crowd. Obviously, I don’t want to stereotype and say that all models are dumb, but having been to these parties, I can tell you that the people are not there for scintillating conversation. I don’t think Rob is an exception to that rule, so we can pretty much guarantee that he’s over Kristen Stewart at this point.

Or you know, he’s still trying to get over her by hooking up with models every chance he gets. You can go with either explanation, depending on whether you’re a Robsten fan or not. Plus, so many outlets have reported on this that I find it hard to believe that Rob’s team wasn’t involved in this somehow. Maybe Rob wanted this known so that Kristen would get jealous? Or maybe he just wants people to know that he’s not in a relationship with anyone, much less his ex-girlfriend.