Robert Pattinson Hooking Up With And Dating Both Kristen Stewart AND Katy Perry – Rob Has Endless List Of Friends With Benefits! 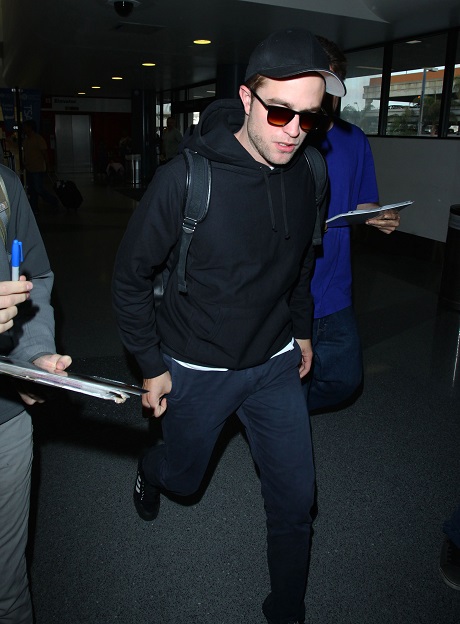 Robert Pattinson is having a ball of a time with his new lifestyle. Finally getting good reviews for one of his performances, Rob has been on cloud nine for the past few weeks, and it shows. Flirting with Katy Perry, joking in interviews, ‘dating’ Imogen Kerr, hooking up with Kristen Stewart… wait, let’s go back to that last part.

Yes, Twi-hards, it seems like #RobstenUnbroken might start trending again. You know that night that Rob and Katy Perry were rumored to have made out [the night of The Rover afterparty in LA]? Well, a new report from InTouch Weekly claims that Rob ended up spending that night with Kristen, NOT Katy.

Is he juggling back and forth between them? Has it become sort of a freaky free-for-all? Is he ‘dating’ both of them at the same time? We’ve already heard from various sources that Rob stays at Kristen’s place while he’s in Los Angeles, so him ending back at her house at the end of the night isn’t that unusual. What IS unusual is the suggestion that they hooked up, especially since, as far as we know, the duo hasn’t seen each other in weeks.

Maybe Rob’s just become really, really good at going undercover? It would explain his recently acquired affinity for Los Angeles, especially if he’s got an endless list of booty calls and hook-up situations happening in the city. One of those might be Kristen Stewart, but even if the duo are hooking up, I doubt they’ll end up dating again. Honestly, I don’t see Rob dating anyone right now, even if he does have lingering feelings for his ex-girlfriend.

What do you guys think? Could Rob and Kristen ever get back together, especially with everything that’s happened between them? Let us know your thoughts in the comments below.