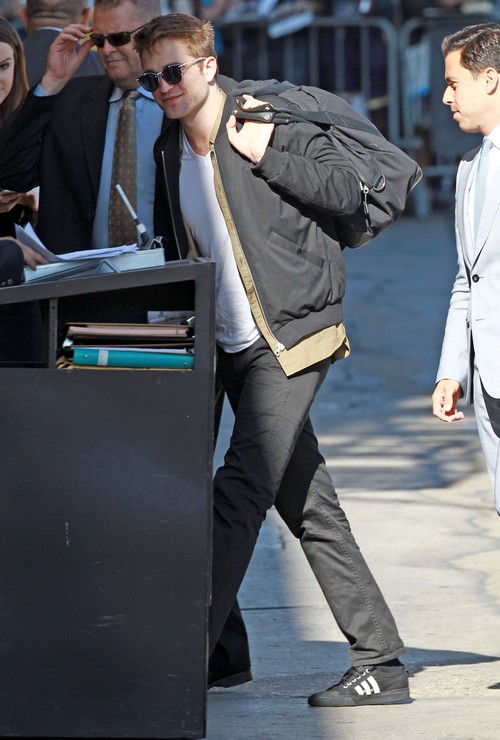 The problem with trying to remain friends after a split is that inevitably someone is ready to move on first. Kristen Stewart’s relationship with Robert Pattinson totally blew up last spring and since then she has tip toed through friendship valley while hoping for more. She and Rob have been spotted together here and there and for awhile there were rumors that she was using sex to try and reel Rob back into her web. Whatever they have been it’s not a love match- at least judging from Rob’s actions. He has spent the last several months hooking up with other Hollywood names and he is totally interested in Katy Perry.

Like Katy is IT for Rob. The hottest girl on earth and he loves her personality. I mean who could blame him after 3 years with a misery princess right? This guy is in dire need of some fun! Rumors of Rob and Katy getting together picked up speed after they were spotted getting really cozy at Coachella last month. Katy blew off the idea and claims that Rob isn’t even her type but that didn’t stop them from hooking up last week in L.A. Rob’s new film The Rover premiered and the two were pretty inseparable later in the evening at the after-party. Seeing Rob and Katy together is like a breath of fresh air but there is one huge problem- Kristen.

Rob is rumored to be staying at her house while homeless for the time being. Kristen extended the offer as a friend, of course hoping that it’ll lead to more. Instead she is watching her ex fall for another woman right in front of her face and that was not part of the original agreement. Kristen is now jealous and scheming to get Rob’s attention back where it belongs- on her! How do you guys think that this triangle is going to play out? Is Rob better off with Katy and if so should he get the hell out of Kristen’s house? Tell us your thoughts in the comments below!