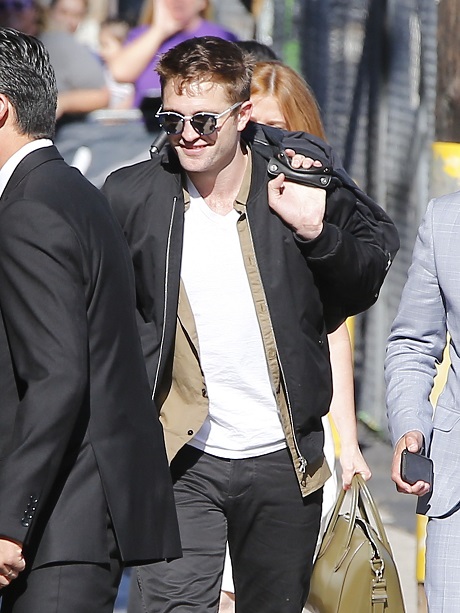 Remember a month or two back when there were rumors about Robert Pattinson and Katy Perry hooking up? Supposedly, he was super interested in her but Katy was keeping Rob in the friend zone — at least temporarily. That doesn’t mean that their chemistry wasn’t palpable though and we all know what that means, right? Well, Rob’s new movie, The Rover, premiered in L.A. the other night and apparently he had a very special guest at the after-party.

According to Page Six, Katy was spotted sneaking into a back door of Whiskey Blue at the W and was later joined on the patio by Rob who appeared to have been anticipating her arrival. Once together, the two reportedly got very cozy, leading onlookers to wonder — once again — what’s really going on between them.

If you remember back to Coachella, that epic jean shorts and music extravaganza, Rob and Katy were both very touchy feely there and, apparently, this night was more of the same. As Rob left the pop singer’s side for a brief moment, he was heard blurting out to a friend just how hot he thinks Katy is.

Do you think that Rob and Katy have really been hooking up for the last few months? Aside from a few choice public outings, have they really managed to hide it from us? Rob seems to prefer to keep his relationships on the DL and Katy hasn’t had much luck broadcasting her love life, so maybe keeping things private is a welcome change.

Could this be a great couple in the making? I mean, they both know what it’s like to be cheated on and publicly humiliated by a douche bag. And that can be quite the bonding experience!