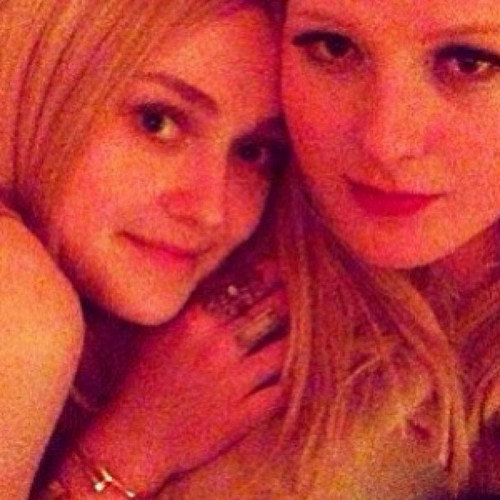 With only a few days before Robert Pattinson heads out to the Cannes Film Festival which begins May 14, he was spotted stepping out of The Little Door in Los Angeles with leggy blond Imogen Ker, reports Hollywood Life. Imogen is a good friend of Dakota Fanning (the two are pictured above), who is a good friend of Kristen Stewart. Sounds like Pattinson has no interest in getting back with Kristen because this sure sends a clear message… one that will likely get back to Kristen, and likely it won’t be from her friend Dakota.

And what about Katy Perry? Now that Rob has shown his cards and is dating hot blonds in public and in LA it is pretty clear that Katy and Rob are nothing more than friends with benefits – good for the occasional hook-up but certainly not in an exclusive relationship.

Dakota happened to be at the LA hotspot as well. With Dakota being such great friends with Imogen, it makes sense that she may want to help her land Pattinson. If Dakota feels strongly that Rob and Kristen won’t get back together, she may be trying to move another friend into his open arms.

While the date may have been just a friendly night out, it seems strange that Rob appeared to be covering his face upon his exit as he and Imogen jumped into a waiting SUV. Even more suspicious… if one had any desire to get back with an ex, would that person go out on the town with the ex’s best friend and her good friend? Likely not. Wouldn’t want to raise any suspicions, right? So, what do you think CDLers? Is Rob over and done with Kristen and ready to have some fun playing the field, or was this strictly innocent?